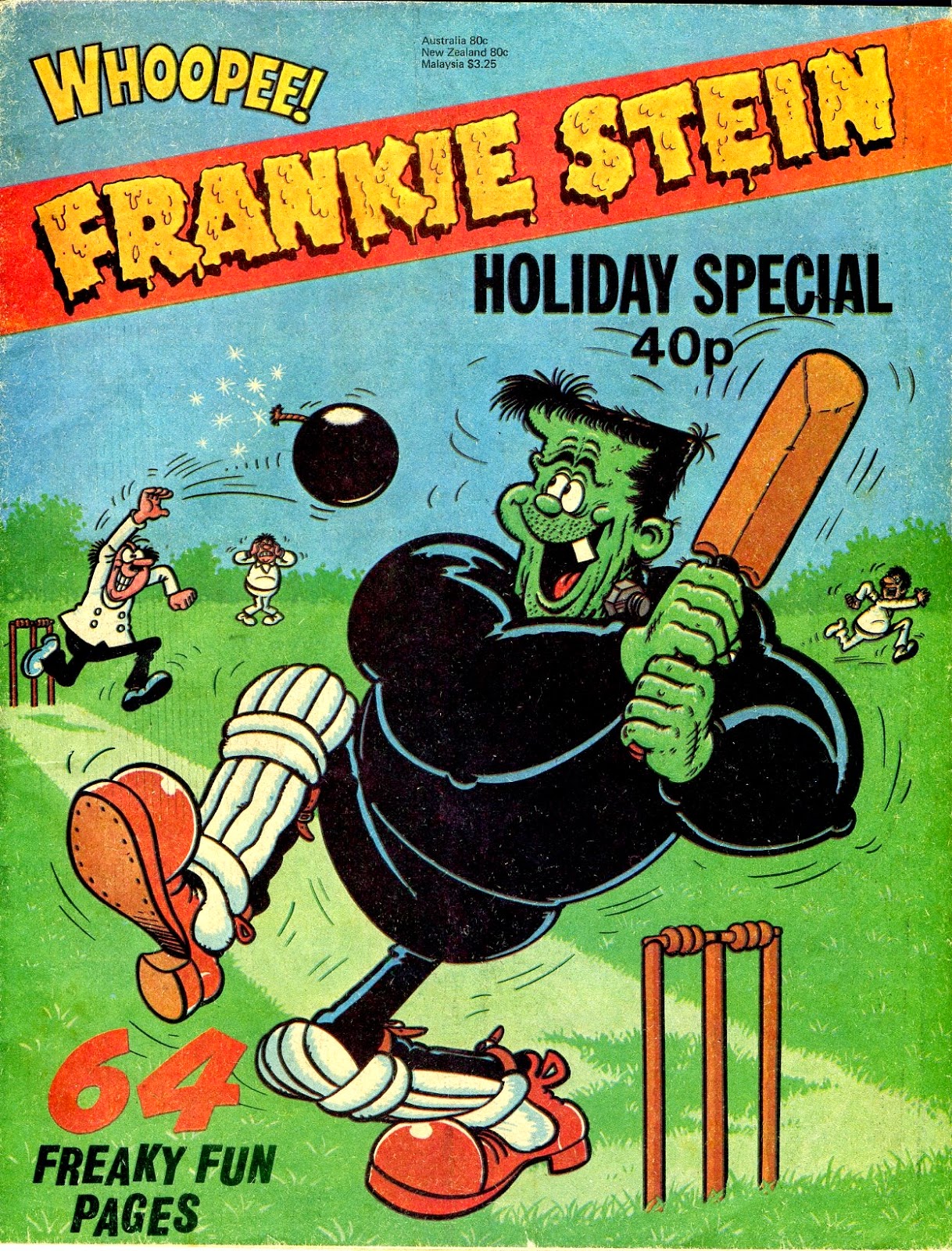 Like the previous editions, the magazine had 64 pages but cost 40 p. They systematically kept increasing the price by 5 p. every year. Speaking of contents, to me it is definitely an improvement since the previous edition. They kept the share of reprints down and commissioned loads of new material – I estimate there were only 12 pages of reprints (Monkey Nuts by Graham Allen (from I don’t know where), Tell-Tale Tess by Joe McCaffrey (from COR!!) and Ghoul Guides by I don’t know who (from the IPC revamp of KNOCKOUT), 4 one-page episodes of each). Here are some examples: 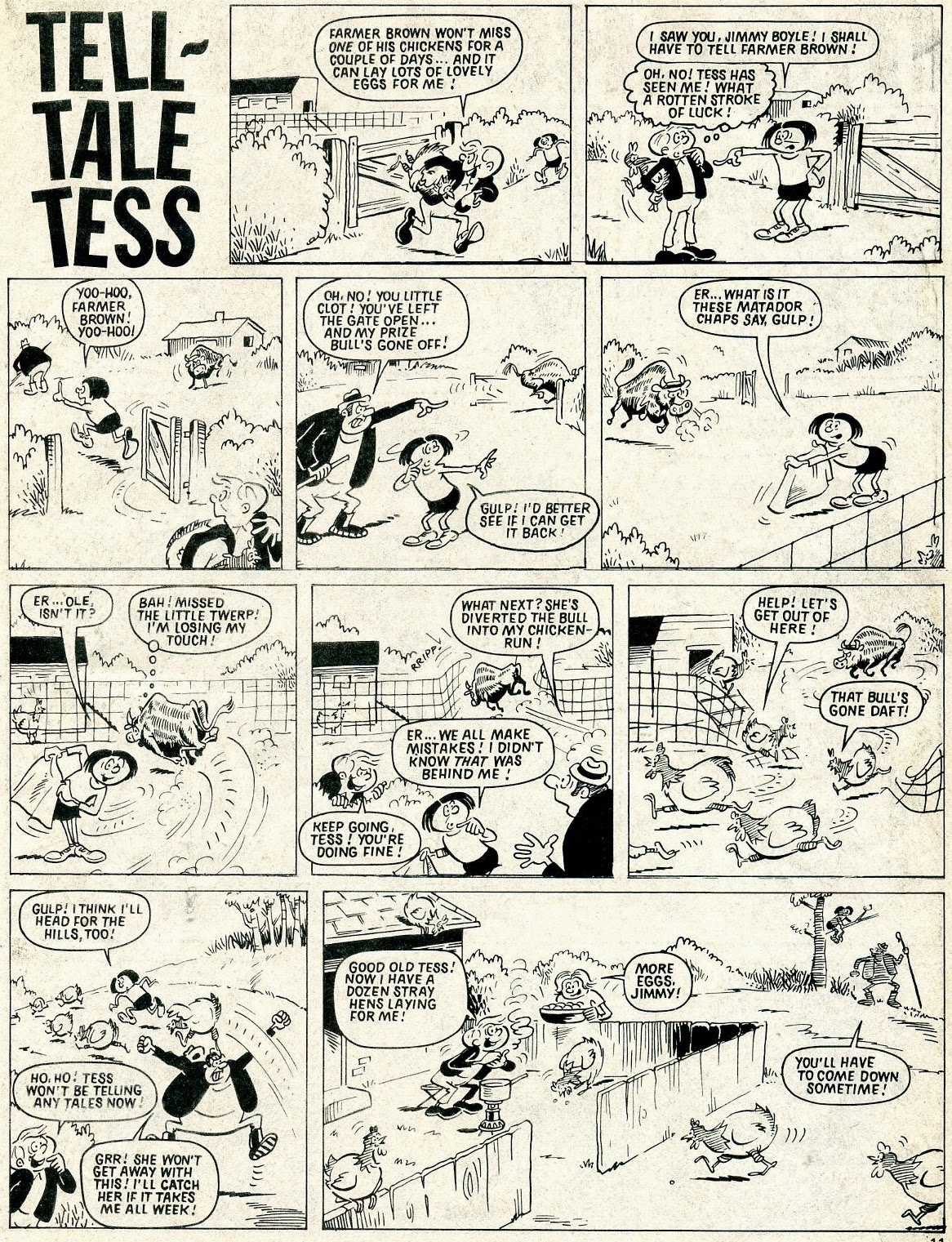 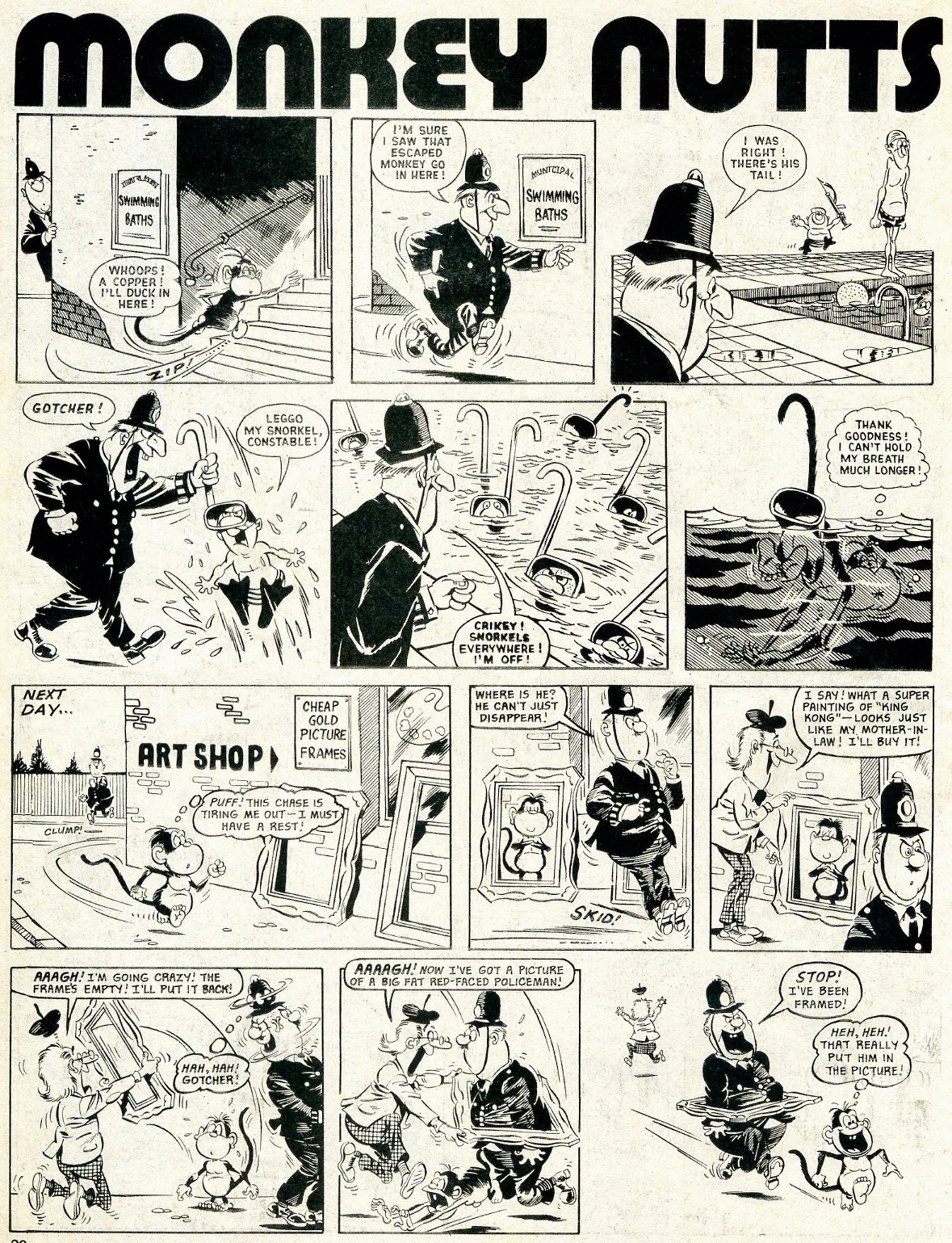 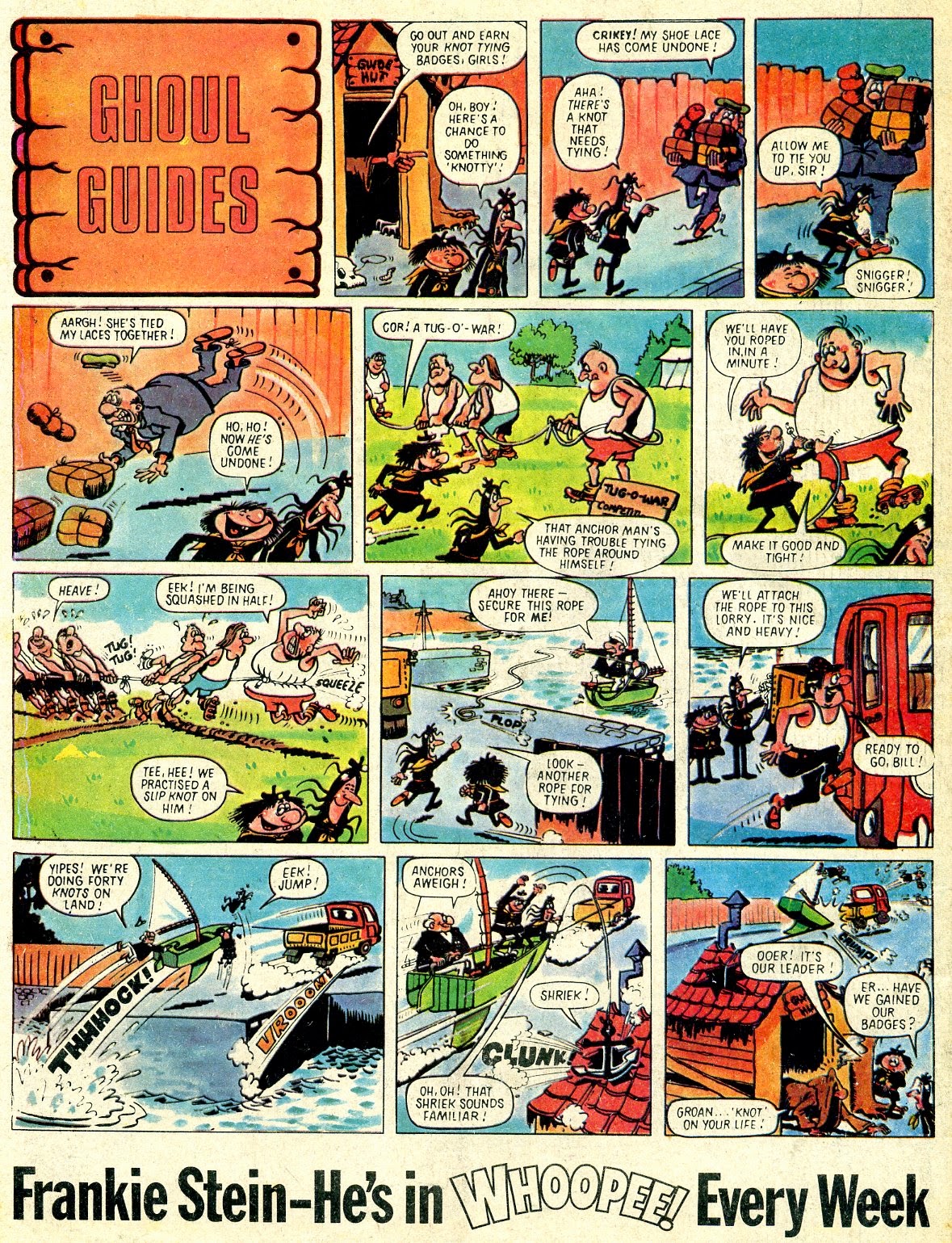 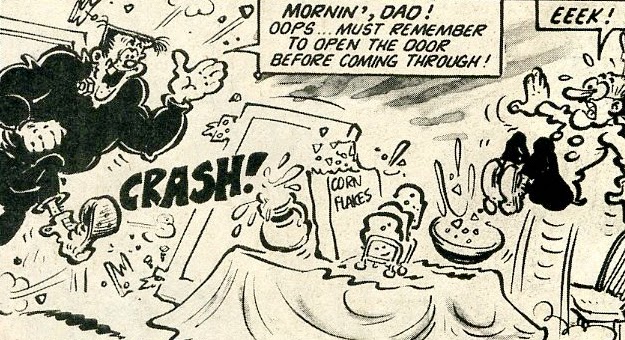 The story begins when Frankie disrupts Dad’s peaceful breakfast. The frustrated parent and inventor goes through his regular routine of failed attempts to do away with his offspring until Dr. Who TV programme gives him an idea to build a time machine and send ‘the big lunk’ away for good. Contrary to his plan, Dad accidentally becomes a companion in Frankie’s time travels:

Like in the earlier time travel story, their first stop is in the Wild West: 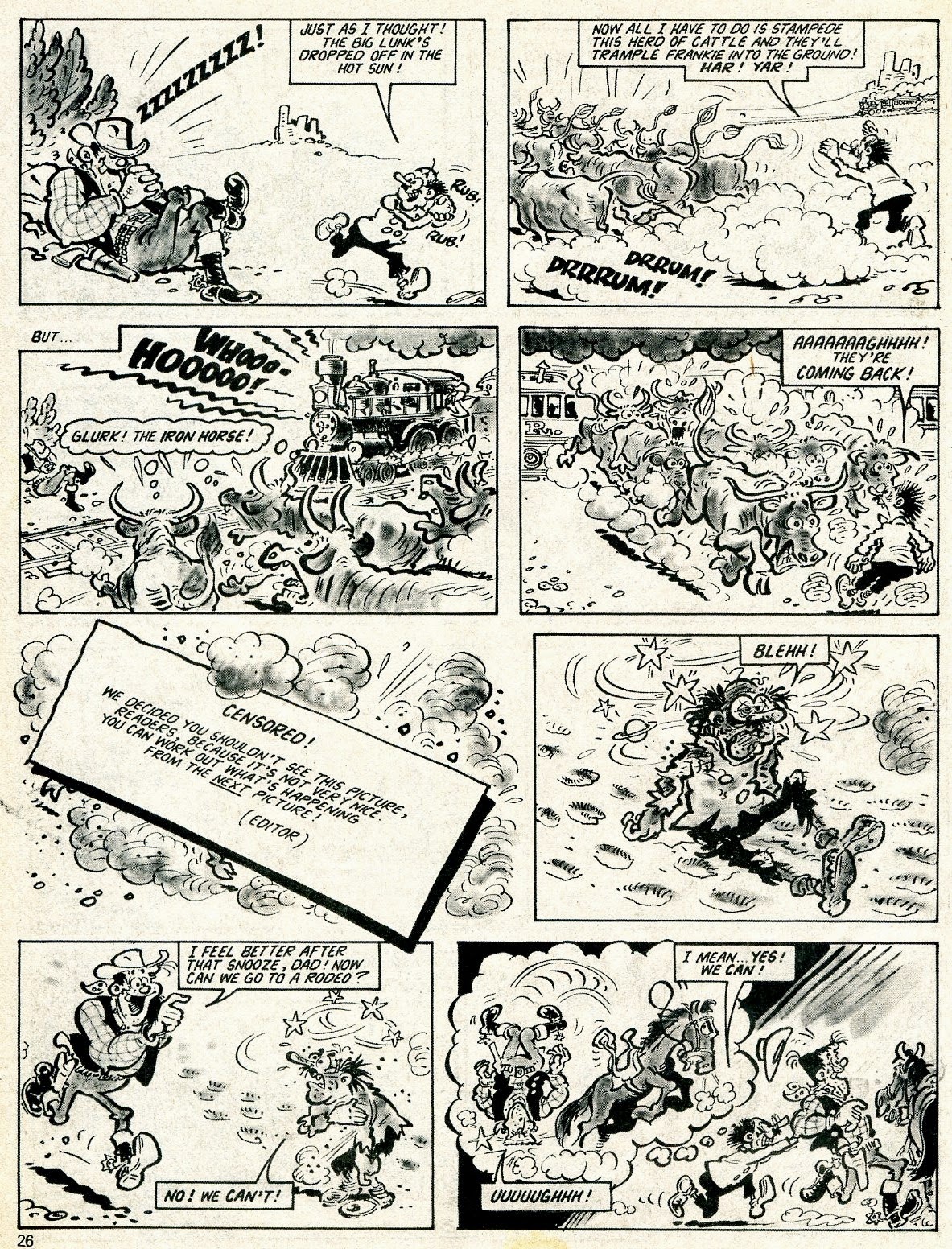 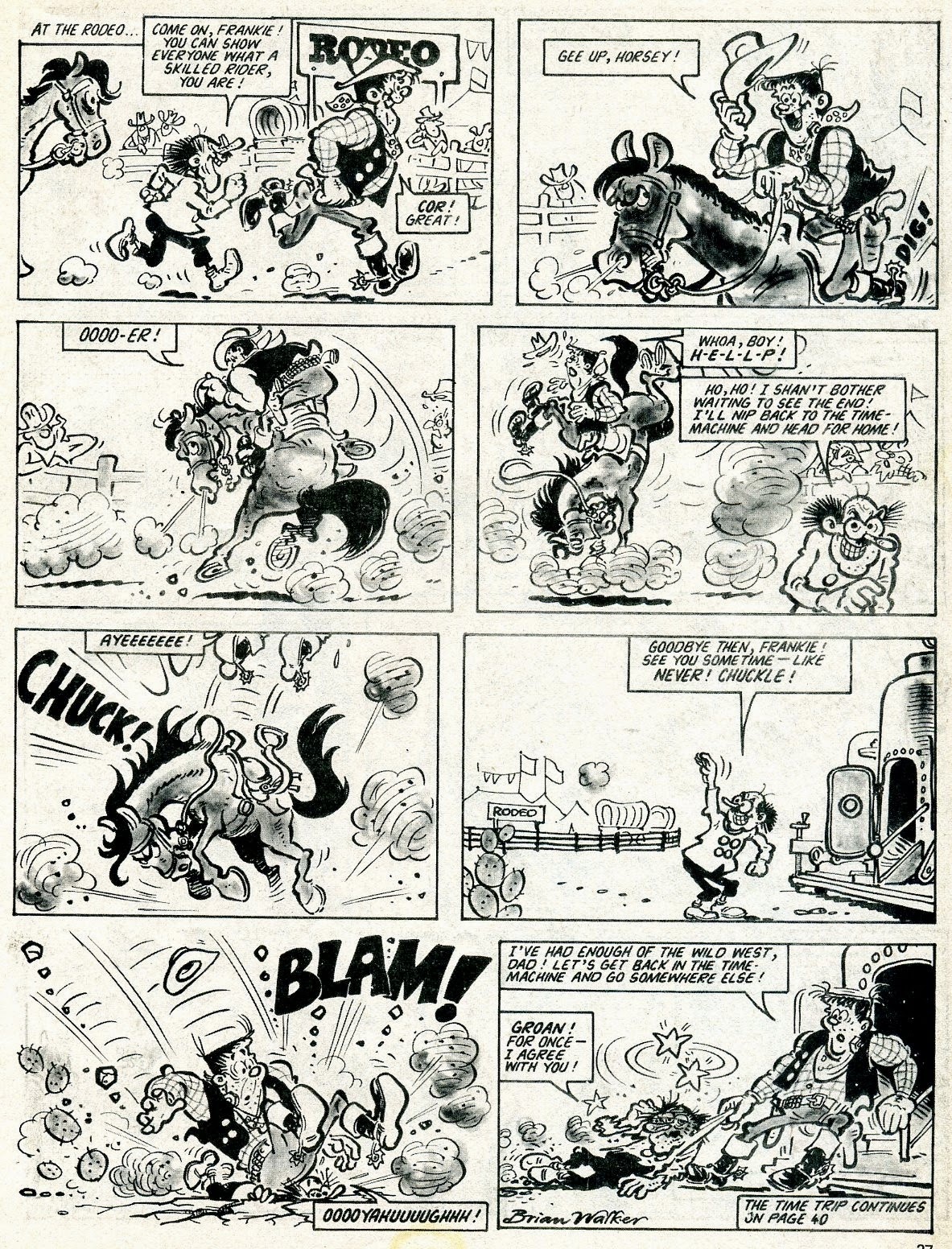 … then the sixteen-hundreds – the golden age of pirates: 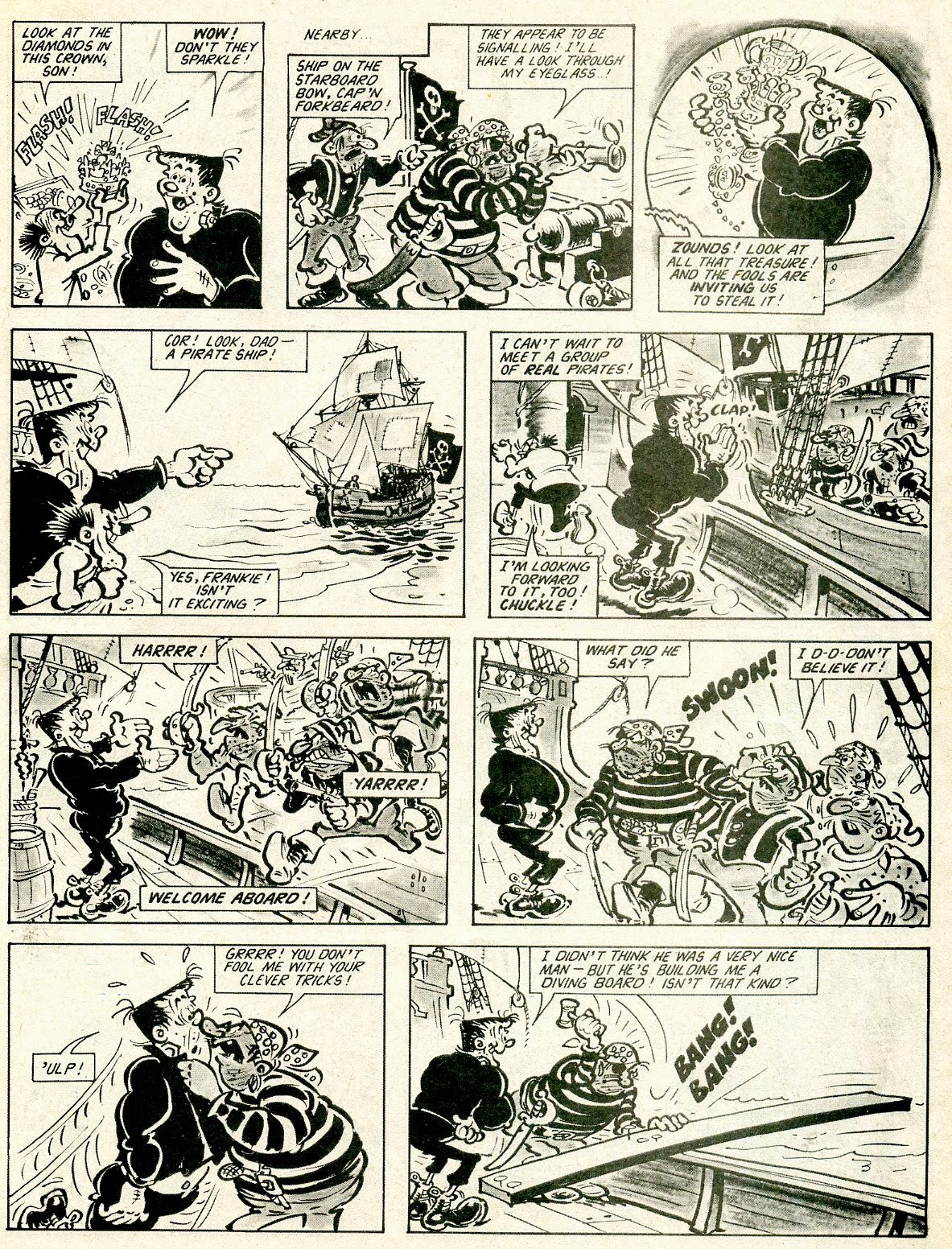 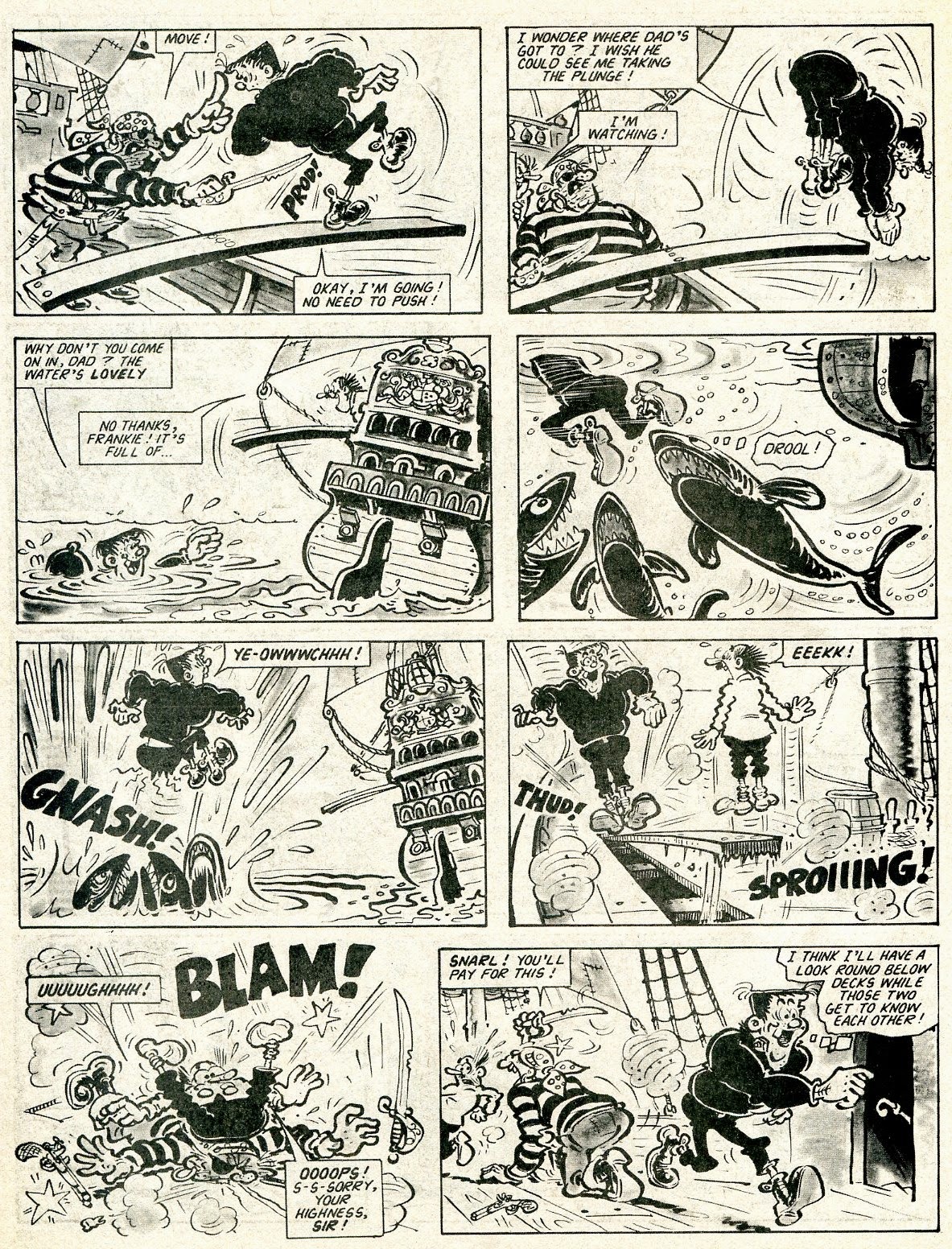 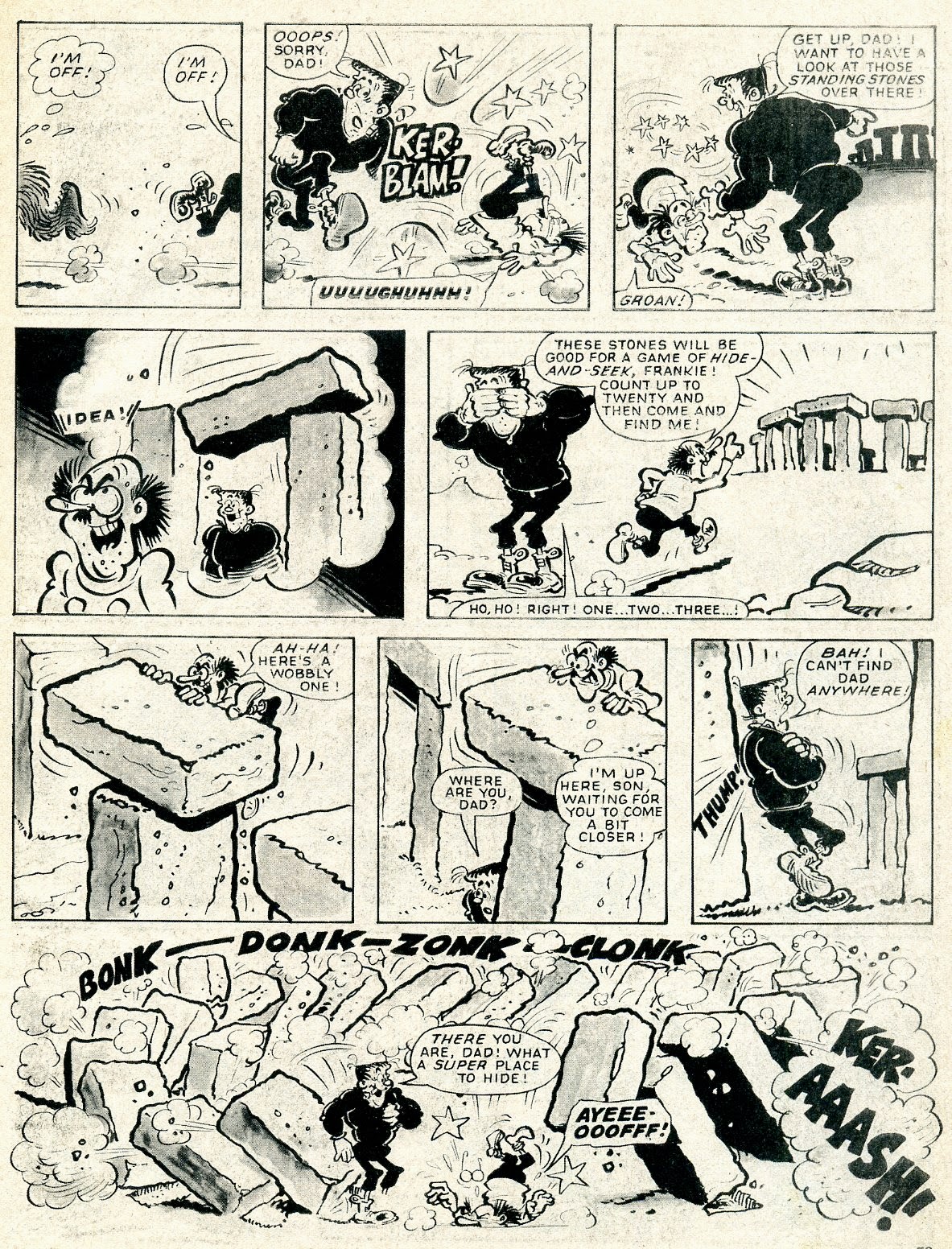 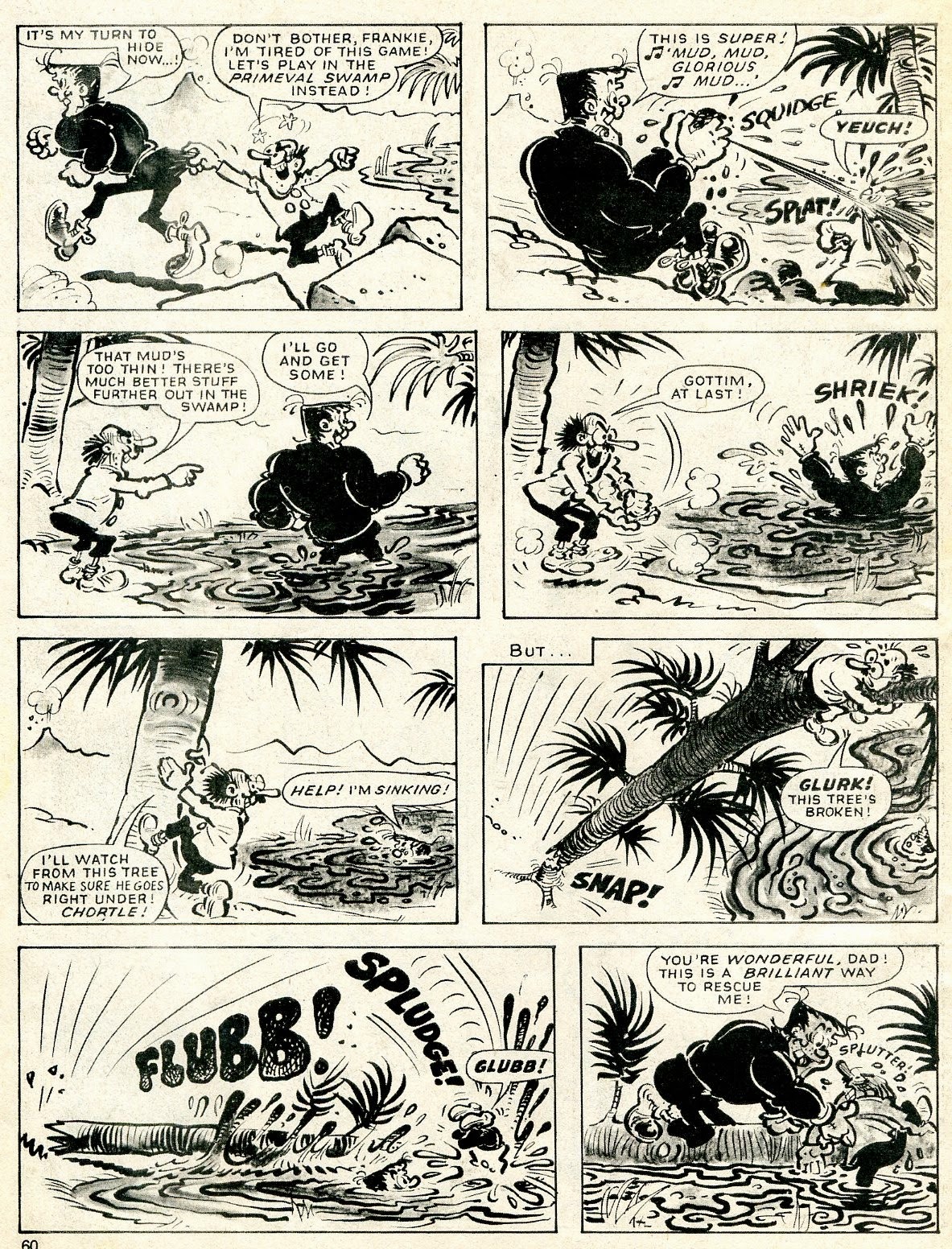 Professor Cube goes through a lot of danger and suffering, but it all comes to nothing in the end, as always: 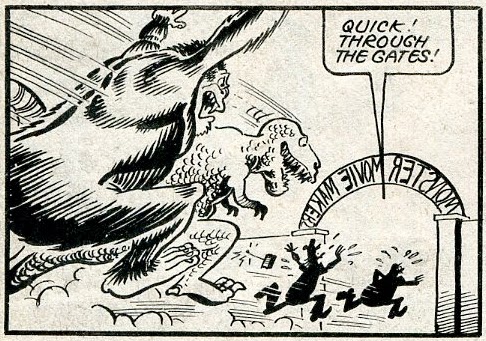 Disaster movies are out, so Monster Movie Makers decide to do one with good old-fashioned monsters. Assistant Director has some ideas but first their Rodney-the-Rhino-on-loan escapes into town disguised to look like a Triceratops, then the systems of two electronic giant monsters go haywire. With all the damage caused during shooting, it looks like this is the first major financial disaster for Carlo Monte and his crew… Artwork by Mr. Hill.

Computer Cop is on special duty, guarding the Ministry of Secret Plans. A gang of crafty villains is on a mission of stealing some plans... 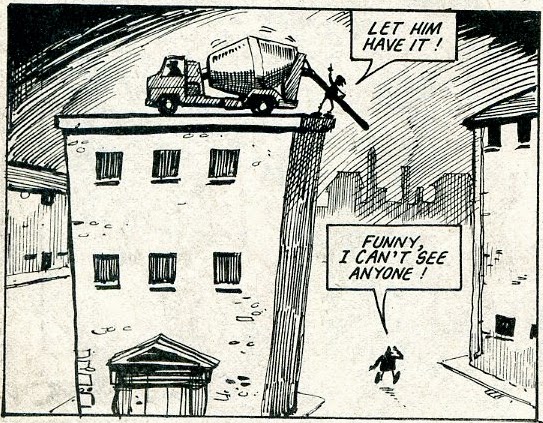 ... but they underestimate Computer Cop who foils two of their sophisticated attempts in this 6-page episode. Drawn and signed by Alan Rogers: 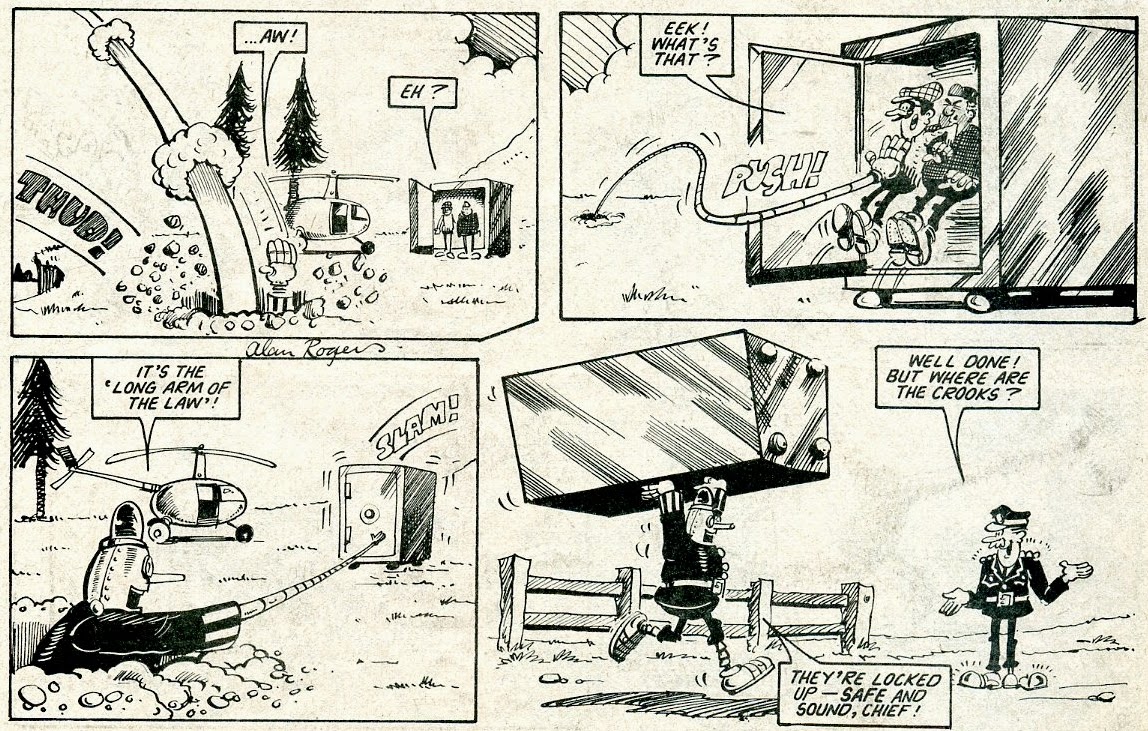 Two 2-pagers of Gook TV Spook by Artie Jackson were presented in full colour.  I believe they were drawn especially for this Holiday Special. Here is one of the episodes in full: 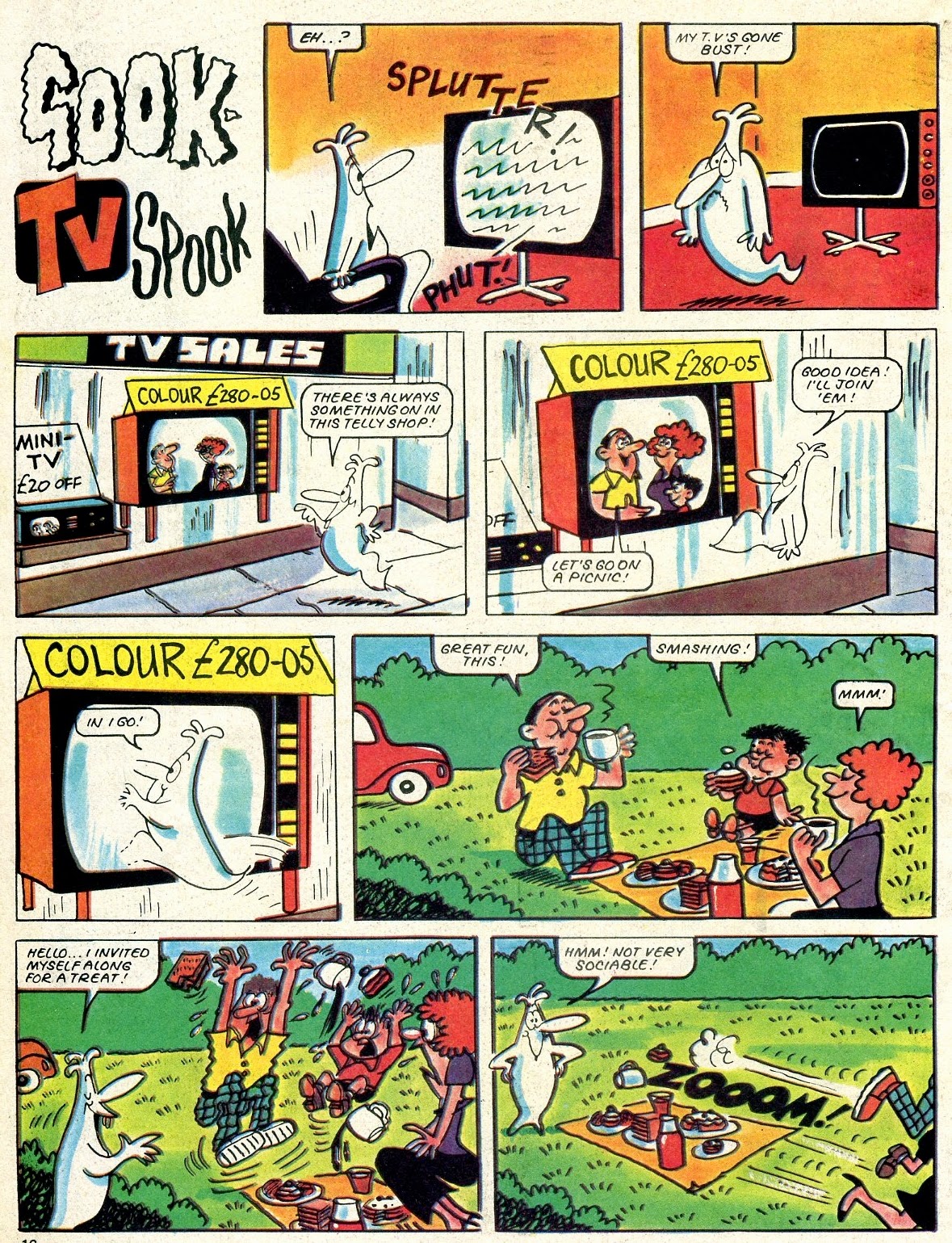 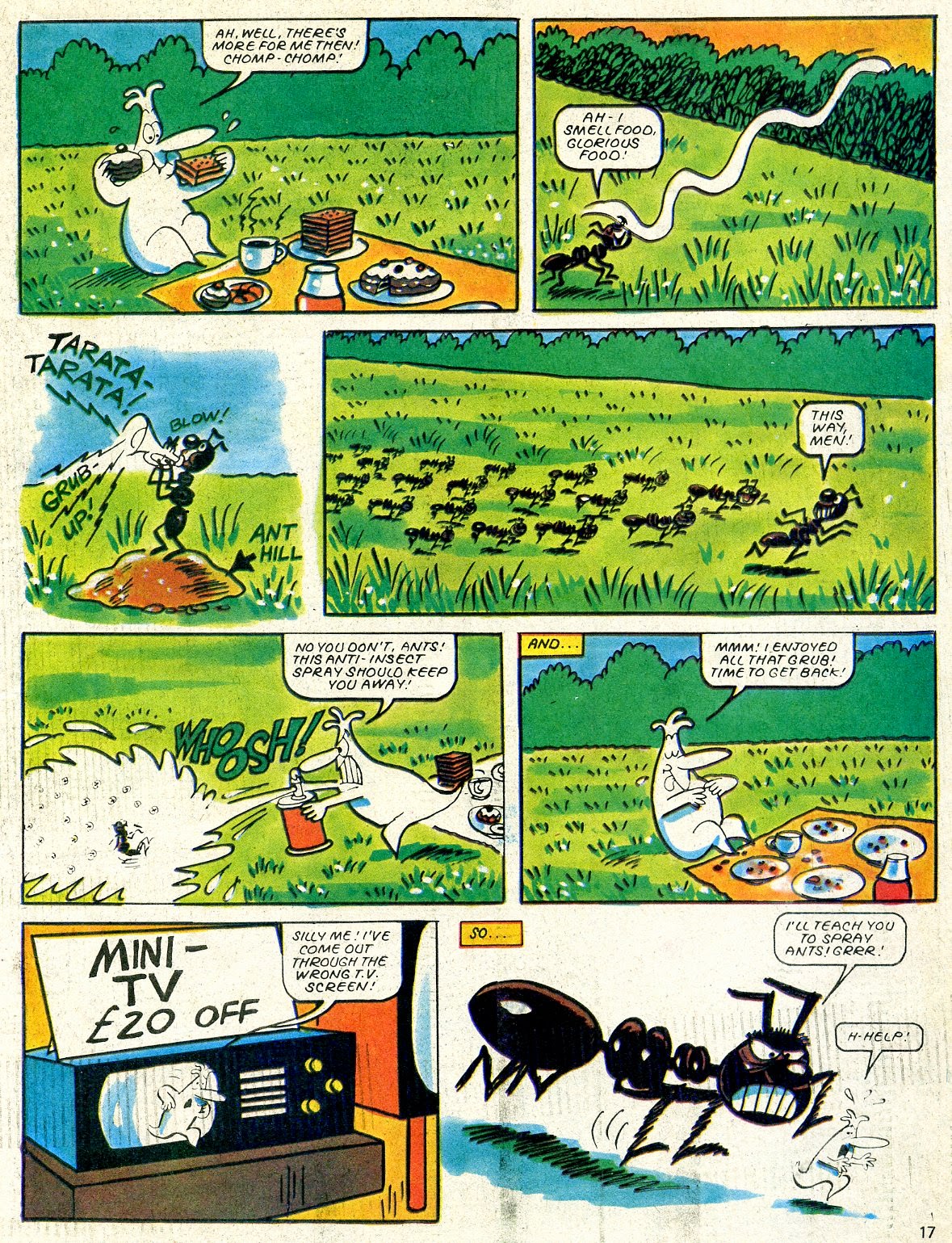 There was a one-pager of The Ghost Train by Frank McDiarmid. The original run of the strip by Brian Walker in Whoopee! had expired  back in 1974, so it looks like the set was drawn especially for this Holiday Special but there is also a possibility that Mr. McDiarmid had drawn it for the Star Guest feature and it was printed in an IPC sister publications back in the mid-seventies (most probably WHIZZER AND CHIPS – I checked COR!! and SHIVER AND SHAKE but didn’t find it). 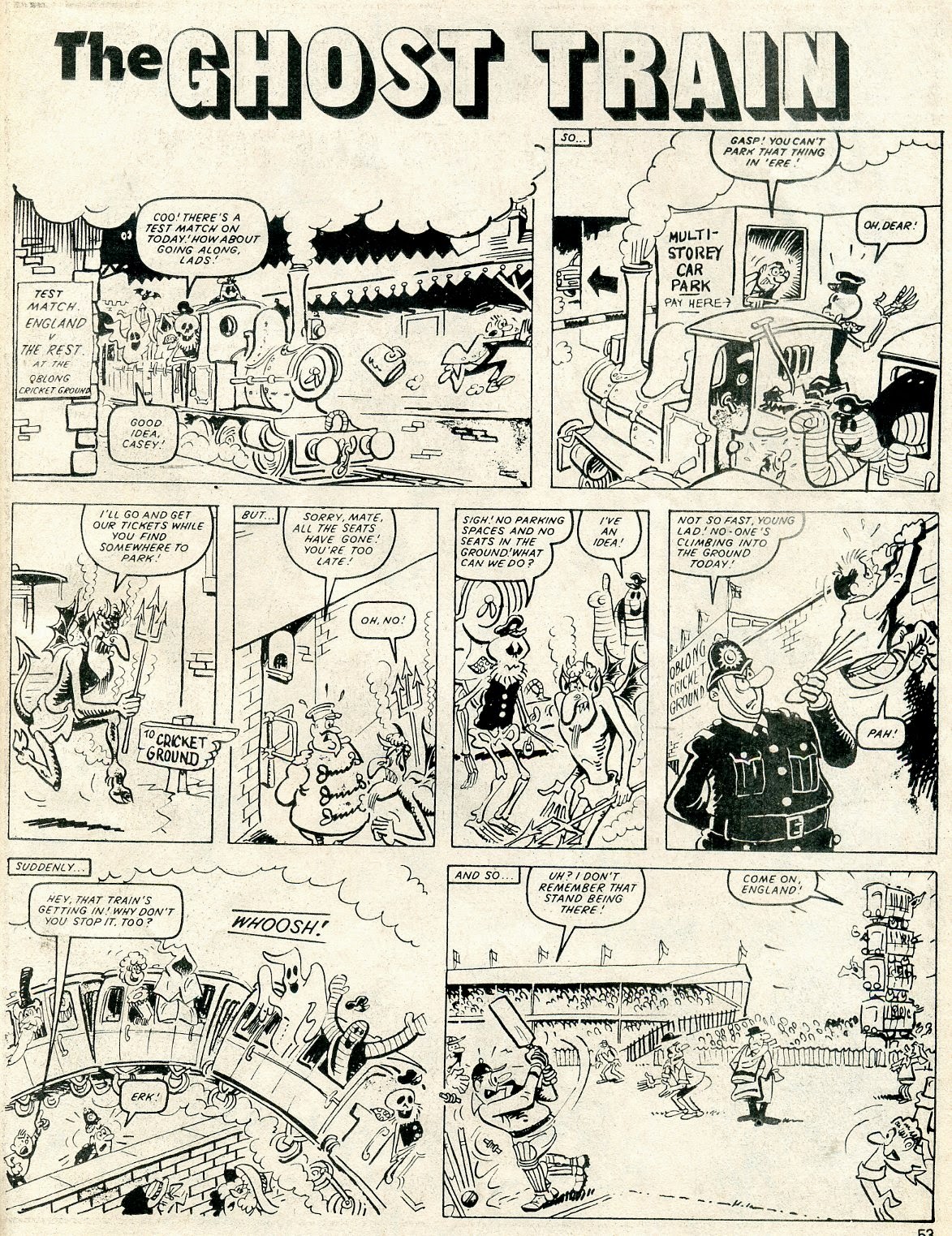 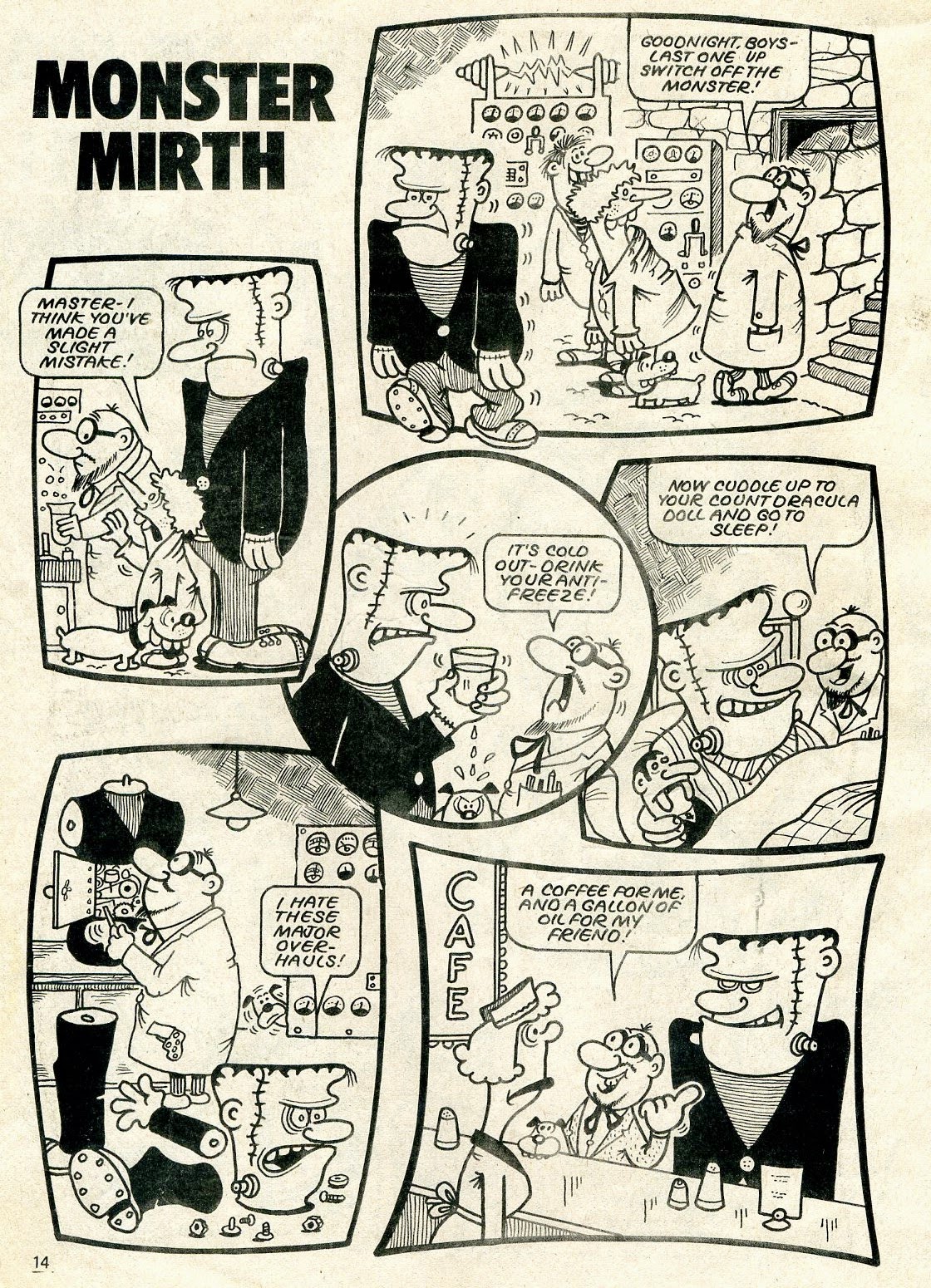 For dessert, here is the pull-out poster from the centre pages of this WHOOPEE! FRANKIE STEIN HOLIDAY SPECIAL 1979. It is the only contribution by Robert Nixon in this magazine – you have probably noticed that the cover is by Mike Lacey. 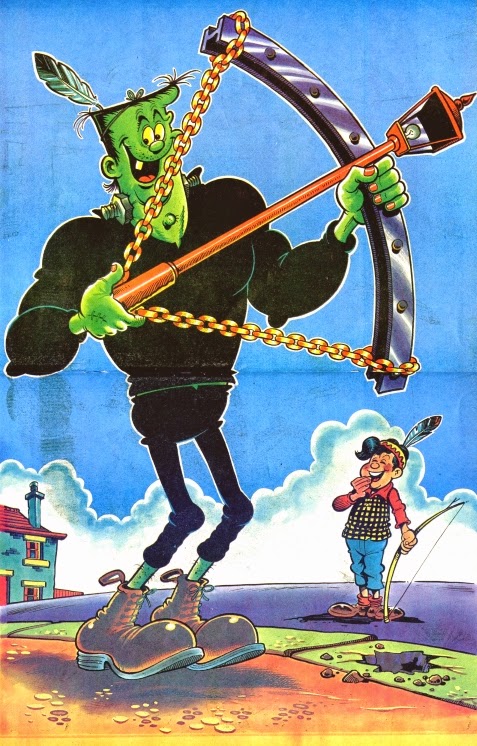 For the sake of accuracy, I will also mention Bob Nixon’s drawing of Frankie used in the Frankie Twins puzzle in this Holiday Special. Mr. Nixon had drawn it for the front page of the Mini Monster Comic pull-out book in the first combined issue of WHOOPEE! AND SHIVER & SHAKE (October 12th, 1974). 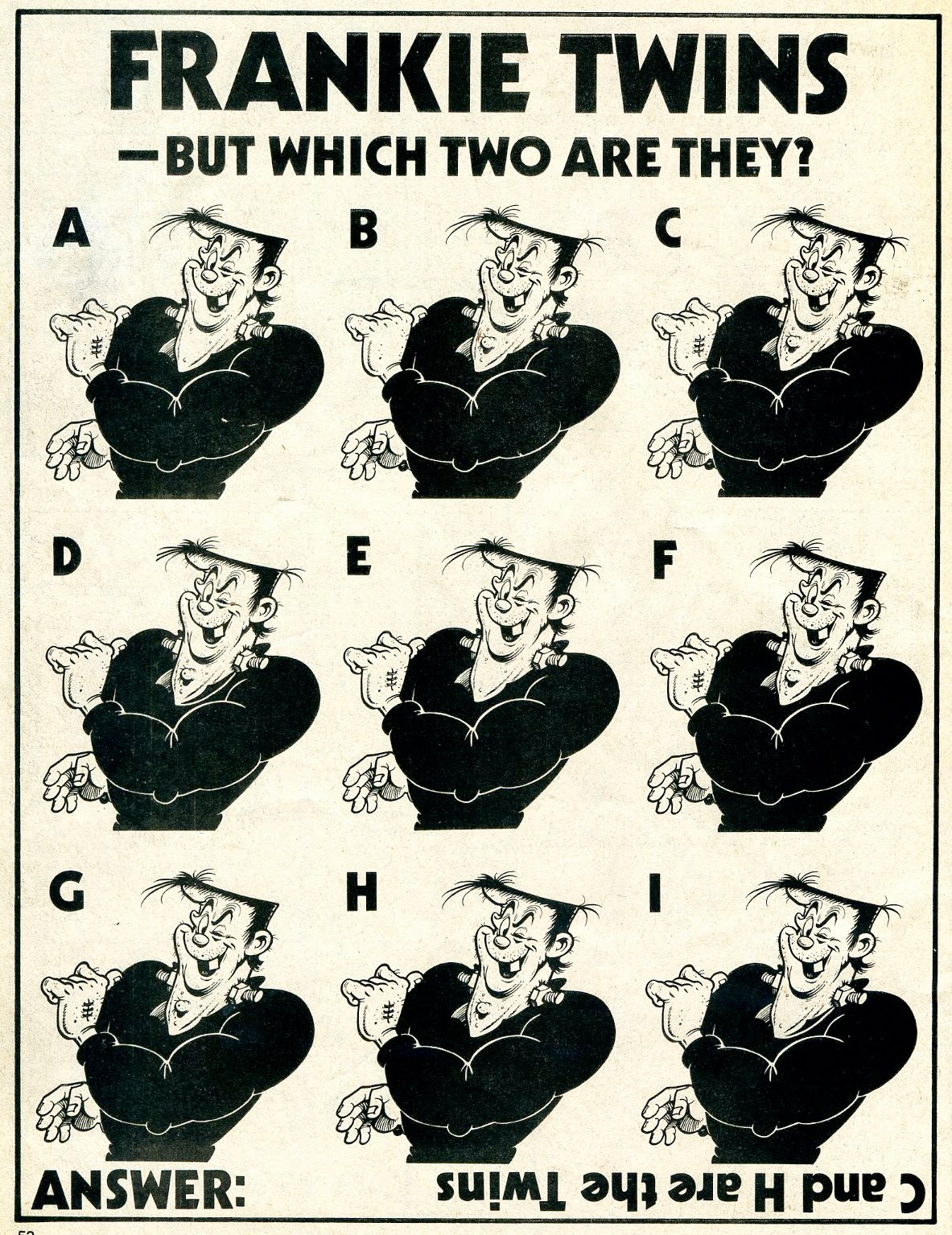 Images 2014 © Egmont UK Ltd.  All rights reserved. Used with permission.
Posted by Irmantas at 7:11 AM