A LOOK AT COR!! STRIPS: THE GOODIES


The Goodies was a British television comedy series during the 1970s and early 1980s combining sketches and situation comedy. It was created and written by a trio of British comedians Tim Brooke-Taylor, Graeme Garden and Bill Oddie; the three of them also starred in the TV series. Here are a couple of screenshots from the TV episode entitled Camelot, in which Bill Oddie is reading a copy of COR!! Thanks to Niblet for the images! 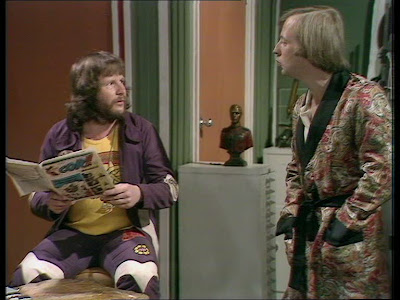 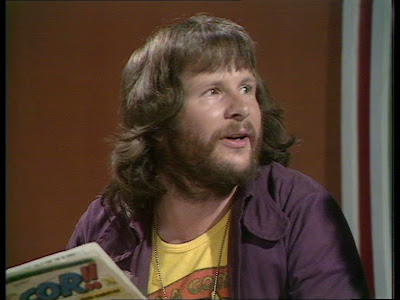 Here is a piece of information on the appearance of the Goodies in COR!! that I found on a fansite of the TV series: “licensed for just the one year, The Goodies were unique in the fact they were the only adapted characters featured with the comic's pages with copyright credit being given to Bill Oddie, Tim Brooke Taylor and Graeme Garden. According to Robert Ross' book "The Complete Goodies" the strips were all authorised and approved by The Goodies prior to publication and Tim still displays an original Cor!! strip in his study”.

I watched a couple of episodes of the TV series recently and frankly wasn’t impressed. I guess you had to live in the 7os Britain and be of a certain age to fully appreciate the humour. The comic version in COR!!, however, works really well for me – the stories are well-written and, most importantly, beautifully rendered by the always excellent Joe Colquhoun. In his interview for the Fantasy Express fanzine in the early 80s the artist said it would have been nice if he could find the opportunity to do more humour work, just to relieve the tension of drawing somber war comics.

The arrival of the Goodies was announced by the Editor in COR!! News Sheet in the issue dated 30th December, 1972 (issue No. 135): 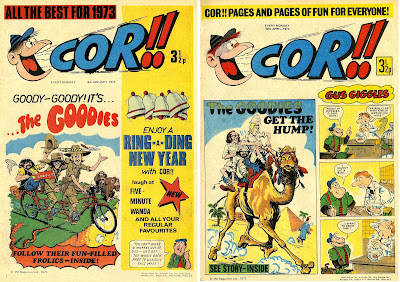 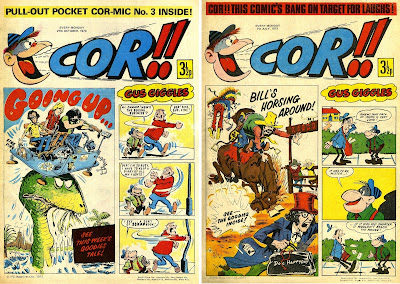 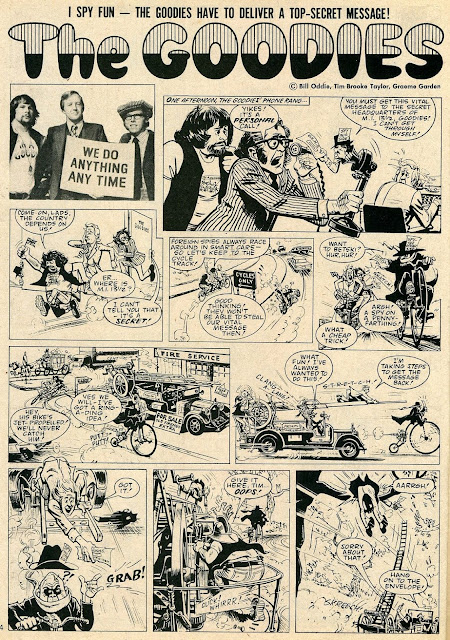 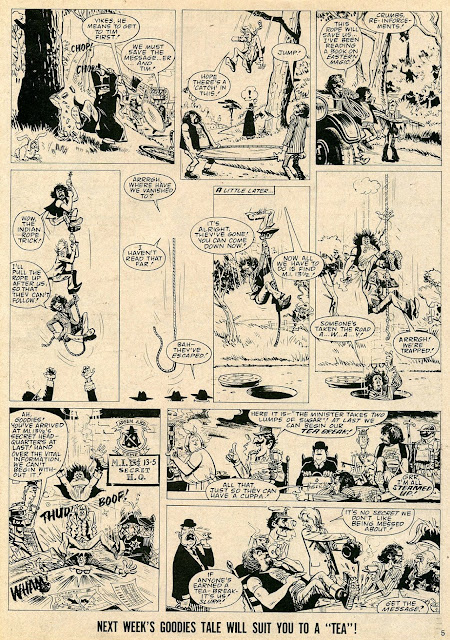 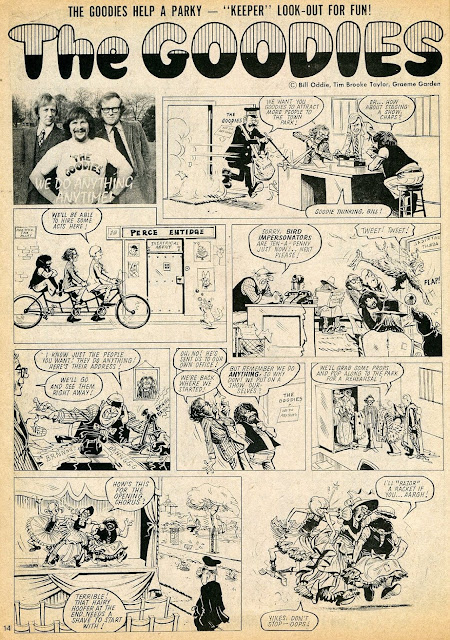 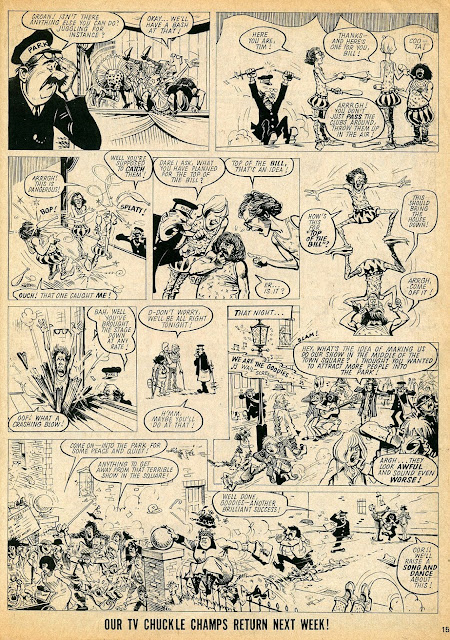 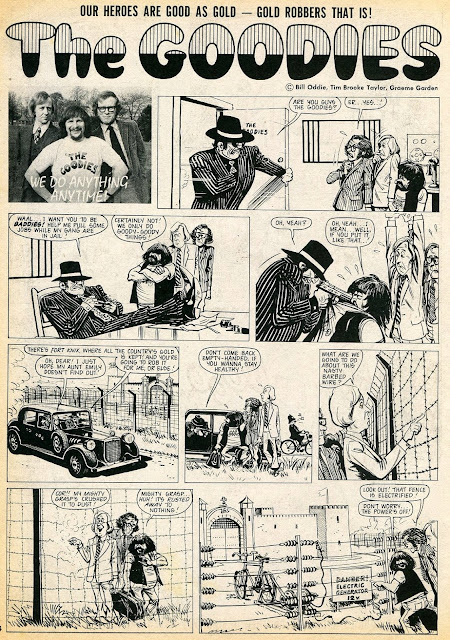 If you like the Goodies, you might very well enjoy visiting the excellent Official Goodies Rule-OK! Fan Club Website. It has loads of information about the TV series and related stuff but this link takes you straight to the page where you will find scans of each weekly episode of the strip in COR!!, complete with detailed summaries, interesting notations, tidbits and things to look for in the various issues.
Posted by Irmantas at 11:36 AM