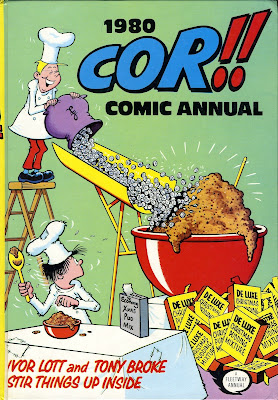 There were three one-off strips in the Annual:

The Superwits was illustrated by Nigel Edwards and would have been appropriate in my series of Olympic posts this summer. Here are all three pages of the set: 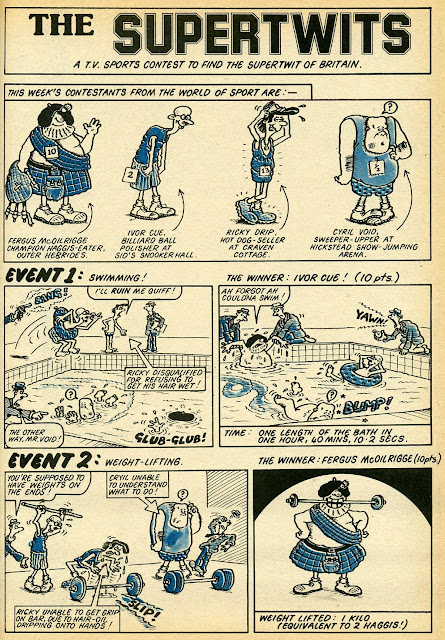 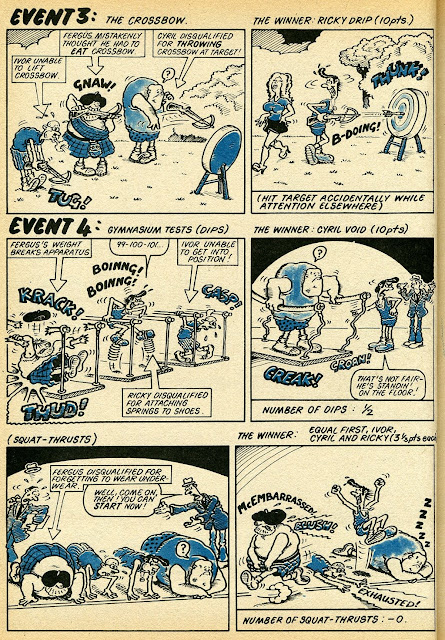 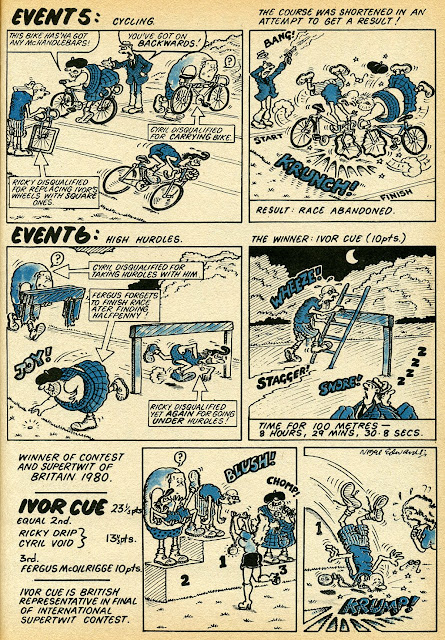 Joker was a guest strip that originated in Knockout and appeared for many years in Whizzer and Chips: 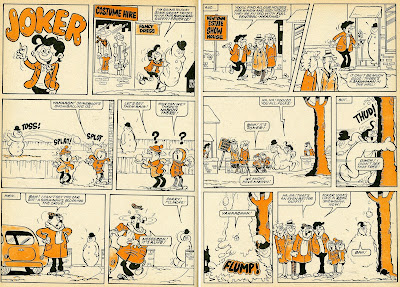 Croc was probably also a reprint from another IPC comic but I am not sure which. Whizzer and Chips? 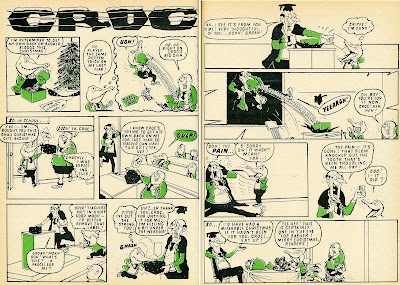 The Annual had two sets of Jasper the Grasper by John Geering. Here is one: 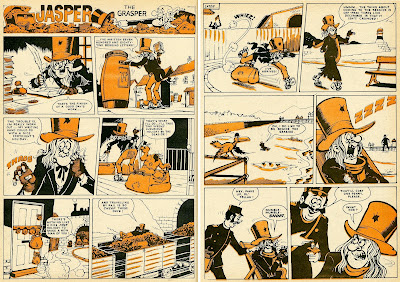 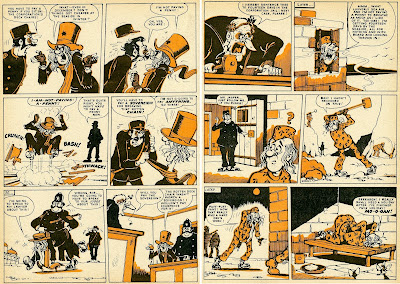 My personal highlights in the 1980 COR!! Comic Annual are two sets of Fiends and Neighbours by Les Barton. Here is one: 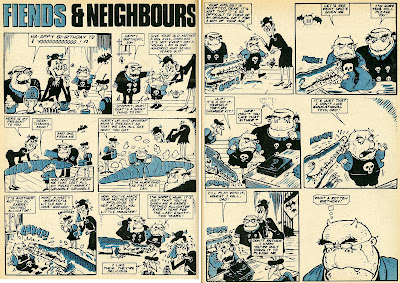 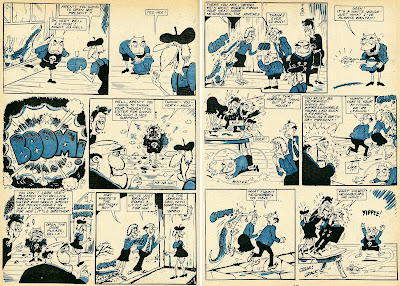