A LOOK AT SHIVER & SHAKE STRIPS: SOGGY THE SEA MONSTER

Soggy the Sea Monster was a cute little strip about a friendly sea monster. Soggy travelled the seas of the World and was always there to help shipwrecked folks stranded on a desert island or threatened by a giant octopus. Generally a very agreeable character, he didn’t react kindly to those who disturbed his rest or were daft enough to think they could catch him. 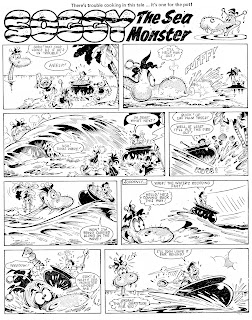 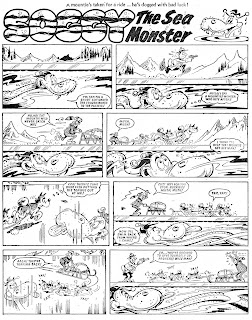 Soggy the Sea Monster made a guest appearance in WHIZZER AND CHIPS dated 28th July, 1973. As was often (if not always) the case with the STAR GUEST feature, the episode was not a reprint but a brand new instalment, and a very scrumptious one. That’s understandable, because the purpose of the feature was to get readers interested in sister publications. Here is the WHIZZER AND CHIPS episode of Soggy: 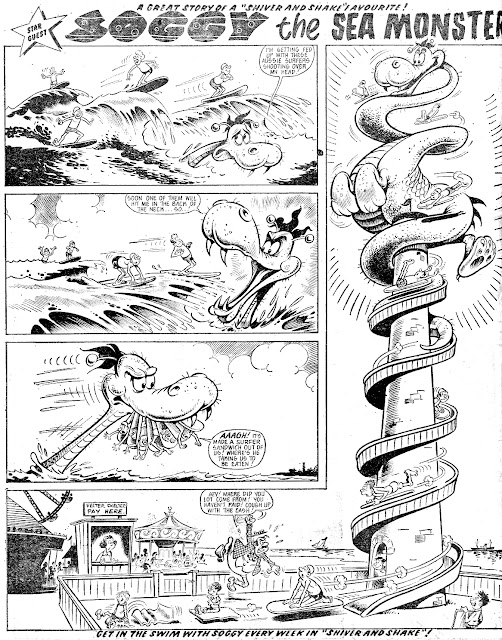