Sweeny Toddler was a fiendish, demonic infant. His parents' house had a sign “Tremble with fear Sweeny lives here” (with the odd spelling error here and there) and Sweeny's cot had a skull drawn on it. The miniature monster always made a nuisance of himself. His hobby was playing practical jokes on other people and he was a constant source of trouble and embarrassment for his parents. The parents, however, often found crafty ways to control the pest. Some of Mom’s methods of bringing Sweeny to heel wouldn’t go down well with social services in today’s England, that’s for sure… 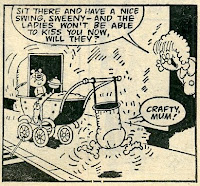 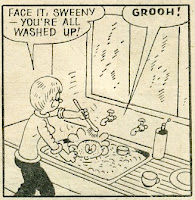 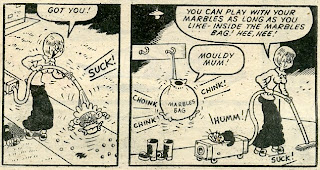 Sweeny Toddler started in the first edition of SHIVER AND SHAKE and appeared regularly until the very last issue missing 4 weeks in between (Nos. 17, 30, 71 and 75). Originally part of SHIVER section, it was moved to SHAKE starting from issue 73. The illustrator was Leo Baxendale, except in issues 14, 18, 38, 73 when the strip was drawn by another artist. 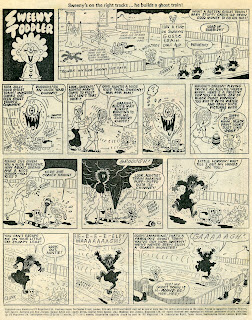 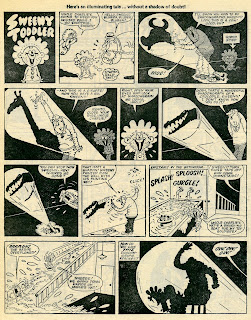 Sweeny Toddler was one of Leo Baxendale’s last creations during his career in comics and therefore received a couple of passages in his book A VERY FUNNY BUSINESS. Mr. Baxendale recalls drawing the first Sweeny Toddler page on the first day of January 1973. The title was suggested by Bob Paynter but Mr. Baxendale created the character, wrote the scripts and drew the pages. This was the time when the artist was consciously downsizing his output and was determined to leave the world of comics at the earliest opportunity, he was just waiting for it to come along. In the meantime he was writing and drawing 4 ½ pages a week – Swots and the Blots, Clever Dick, Sweeny Toddler and Nellyphant. He also tells about the time he spent pencilling and inking his sets. Sweeny Toddler took 6 ½ hours in January 1974 but then Mr. Baxendale looked for ways to improve on his times and one month later he was able to cut the time down by 45 minutes. He also recalls the exact date when he agreed with Bob Paynter that he was giving up Sweeny Toddler to concentrate single-mindedly on his Badtime Bedtime Books in the new Monster Fun Comic. The date was 29th April, 1975 although he did draw just one more set to give the editor time to fix up another artist for the feature. Taking in mind production times, this means the last Sweeny Toddler by Leo Baxendale was printed in Whoopee! one month later, i.e. approx. early in June 1975.

Although in his book Leo Baxendale described Sweeny Toddler as a fiendish and demonic infant, the Sweeny of Leo Baxendale in SHIVER AND SHAKE was an angel in comparison with his later self in Whoopee and Whizzer and Chips when Tom Paterson got a hang of his manic style. Here are some covers by way of example: 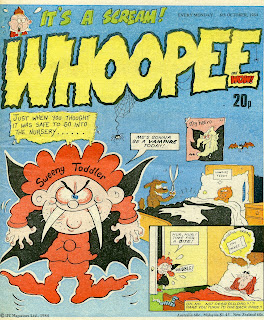 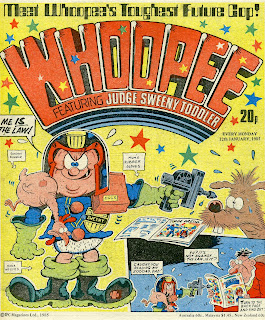 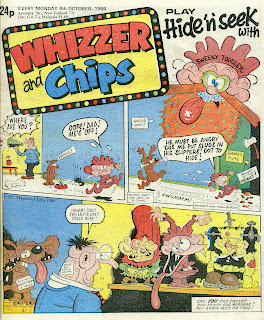 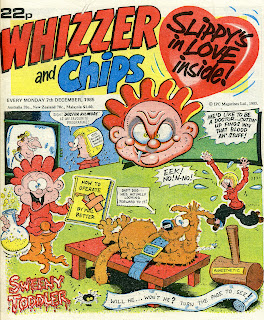 Sweeny Toddler outlived all his original stablemates by a good margin and was SHIVER AND SHAKE’s biggest legacy to British comics. It survived merger with Whoopee! in 1974 (albeit not by way of direct transfer, but rather by way of becoming the winner of Pick-A-Strip competition). Eleven years further down the line it made a successful transfer to Whizzer and Chips, and retained his front cover star status. When Whizzer and Chips was no more, the strip continued for some time in the pages of Buster, although it remains to be checked for how long. Here is the last episode from SHIVER AND SHAKE No. 79 (October 5th, 1974): 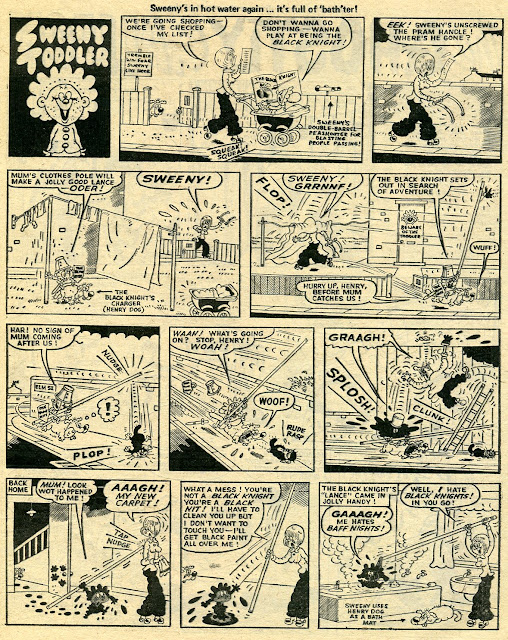 Sweeny Toddler made one guest appearance in the Star Guest feature in COR!! No. 191 (26th January, 1974). As far as I can tell, it is Tom Paterson's very first attempt at drawing the character: 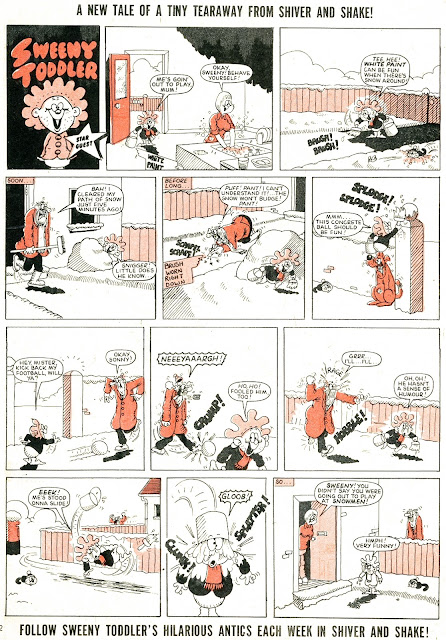