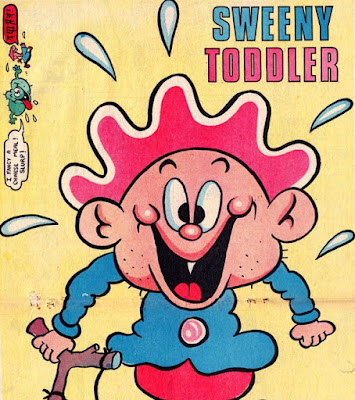 
Fleetway's printers were still on strike at the start of 1975, so WHOOPEE! wasn’t published until 18th January of that year. As you may recall from the previous post, the fans of Frankie Stein received only the first two parts of his Super Poster in December 1974. The Editor wrote this message in ‘Letters’ column of the first post-strike number: 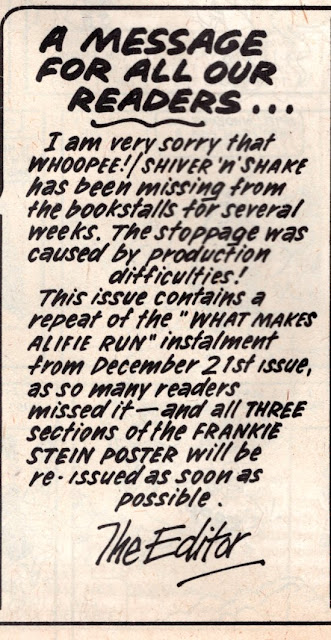 It took the Editor a few weeks to re-issue the Frankie Stein Poster, and instead of printing just Part 3, it was decided to print all three, including the first two that were already presented in December 1974. Here is how Frankie Stein Super Poster was announced in the issue cover-dated 15th March, 1975: 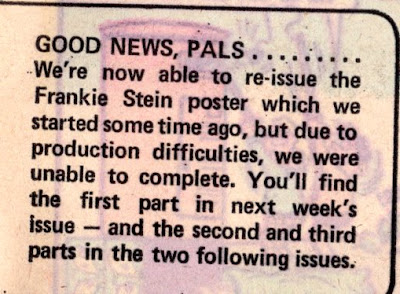 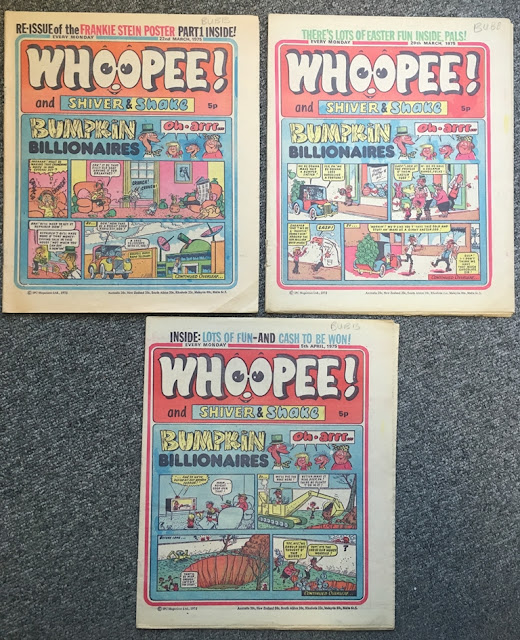 Each issue had instructions to the readers. These came with Part 1 of the poster: 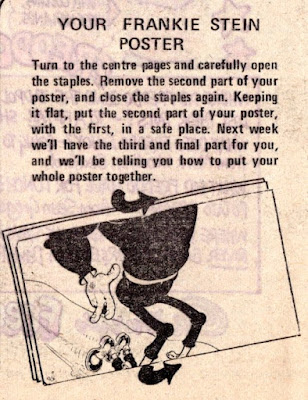 And finally, here’s the one that came with Part 3:

When the 3 sections were put and taped together, the poster looked something like this: 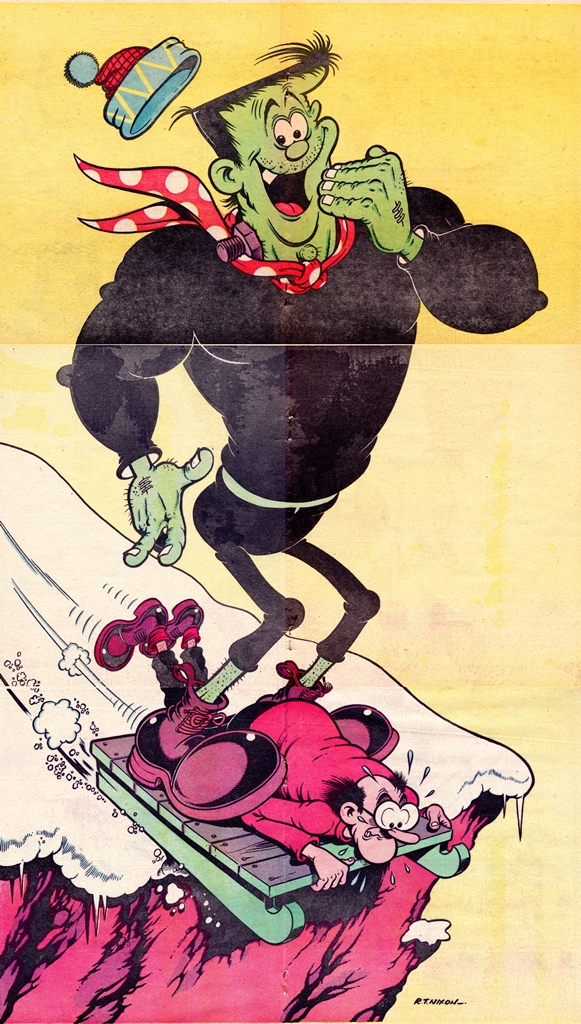 The good news that the Editor hinted at in his message accompanying Part 3 of Frankie Stein poster was announced the following week (12th April, 1975): 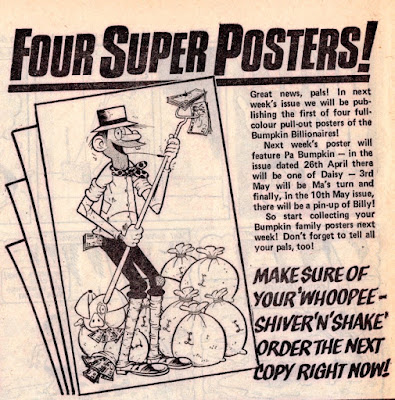 All 4 members of the filthy-rich Bumpkin family got their own colour pull-out posters in the next 4 issues (19th April - 10th May, 1975): 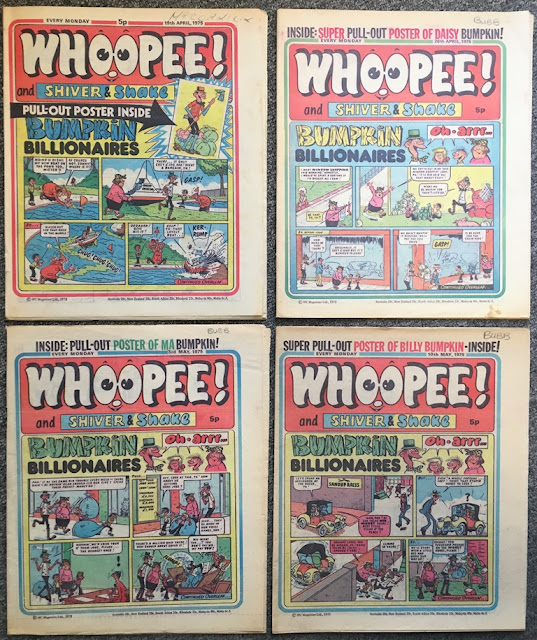 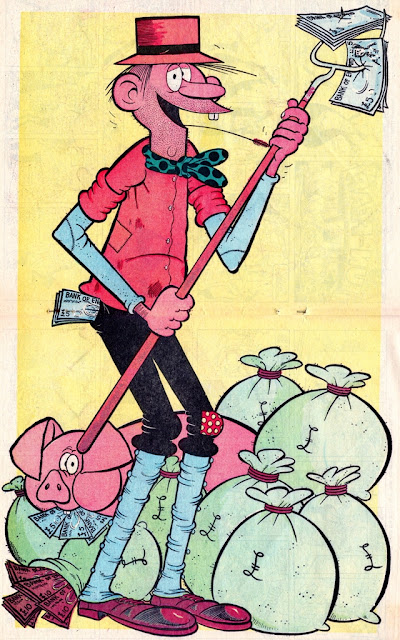 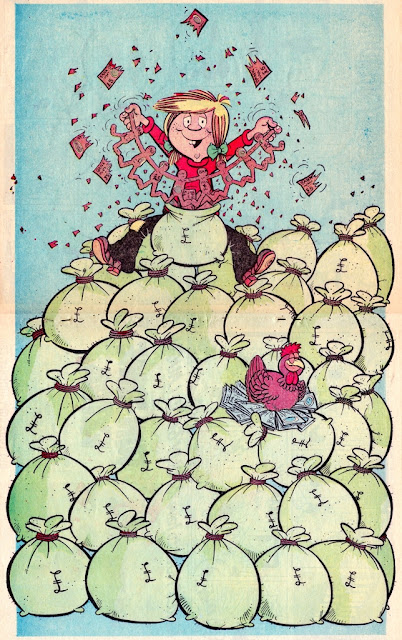 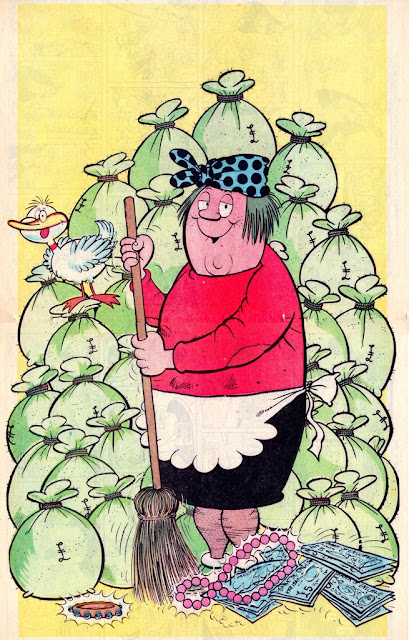 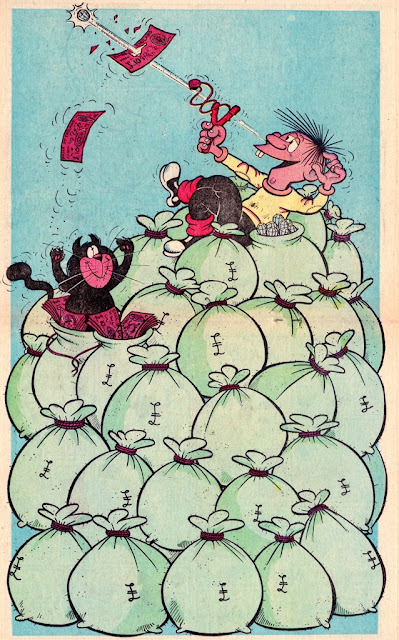 All 4 were accompanied by instructions how to remove them from the paper: 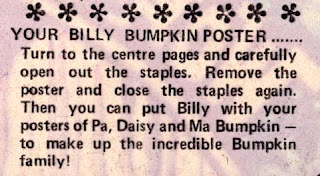 Having won the Pick-A-Strip competition earlier in the year, Sweeny Toddler became a resident strip in WHOOPEE! AND SHIVER & SHAKE starting from 29th March, 1975. If editorial decisions to give characters the special privilege of their own pull-out posters were an indicator that a particular strip was doing well in the popularity charts, then it can be assumed that Sweeny quickly became a readers’ favourite. His personal poster was announced in the issue cover-dated 23rd August, 1975: 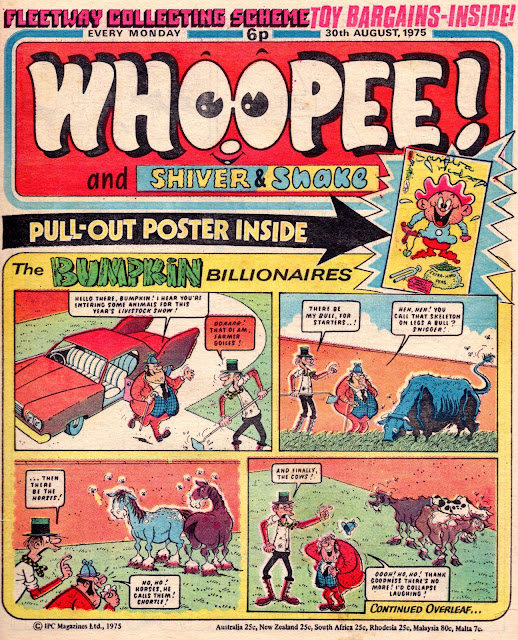 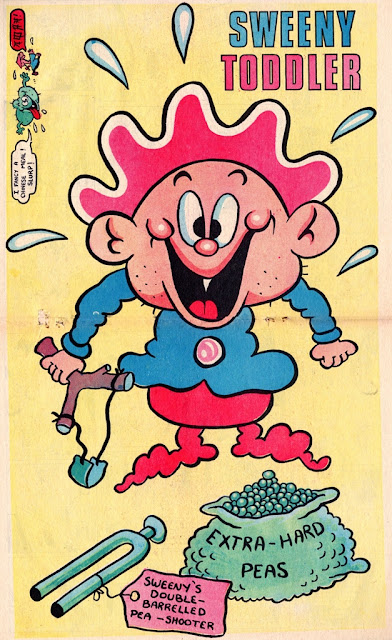 Three more pull-out posters were offered by the end of 1975.  New posters were usually advertised a week in advance. The honour to announce the arrival of Scream Inn poster was given to Suffering Sam whose message was included in the issue cover-dated 6th September, 1975: 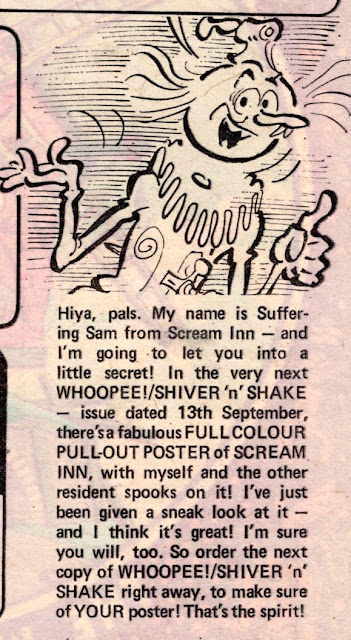 … and the poster was duly presented a week later (13th September, 1975). Here’s the front cover of the issue, followed by the poster itself: 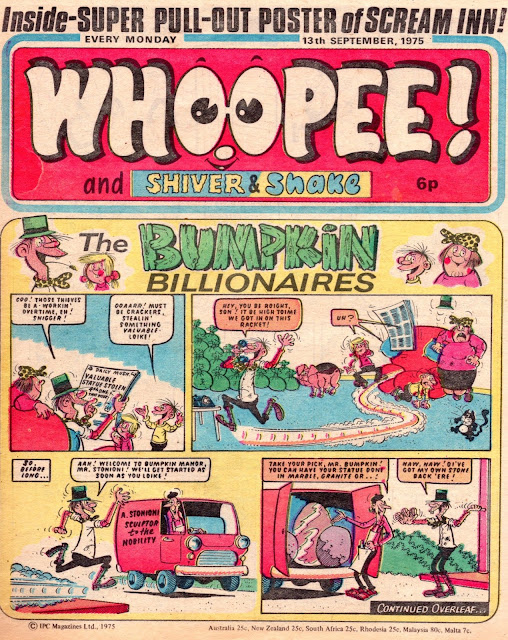 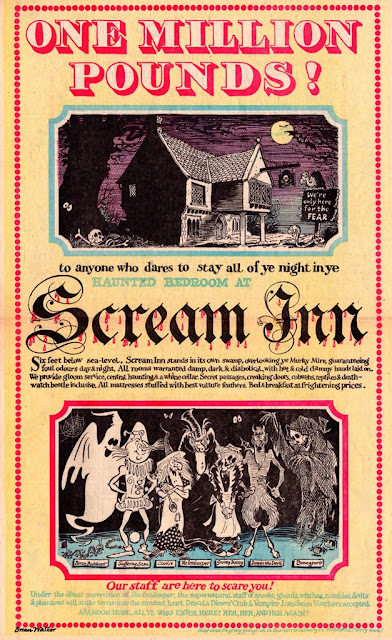 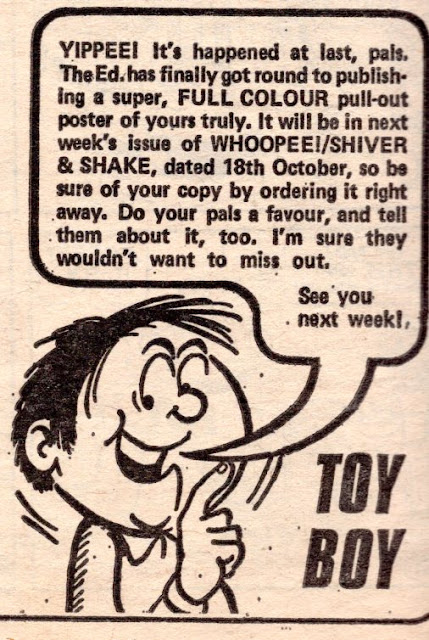 The poster arrived next week (18th October, 1975). It was the last issue of WHOOPEE! AND SHIVER & SHAKE. The Editor finally decided to drop the clumsy title and revert back to just WHOOPEE! from next week onwards: 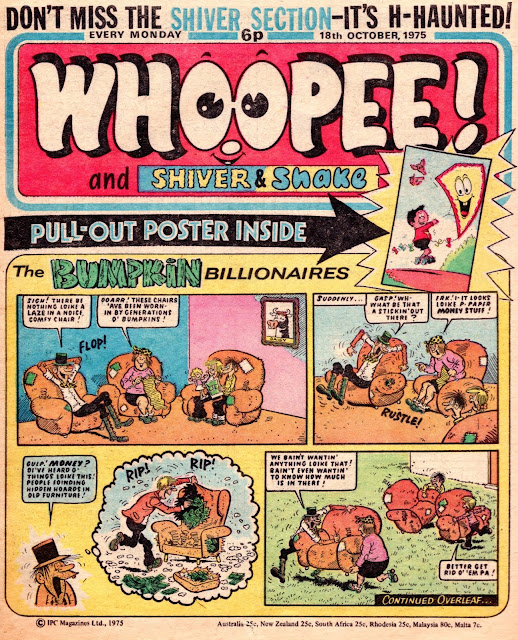 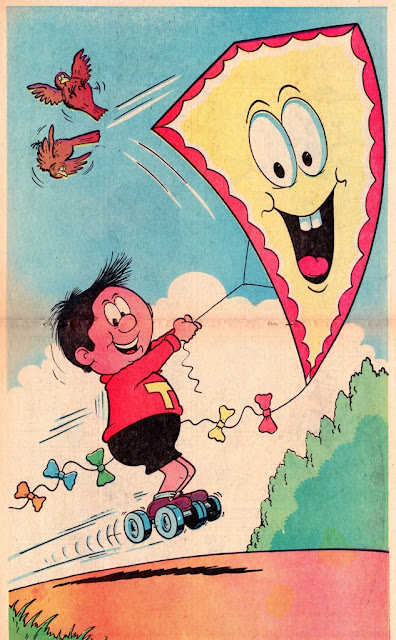 WHOOPEE! closed the year with a poster of Scared-Stiff Sam, introduced by Sam’s Mum in the issue of 20th December, 1975 (Sam was too scared to appear himself to break the good news…): 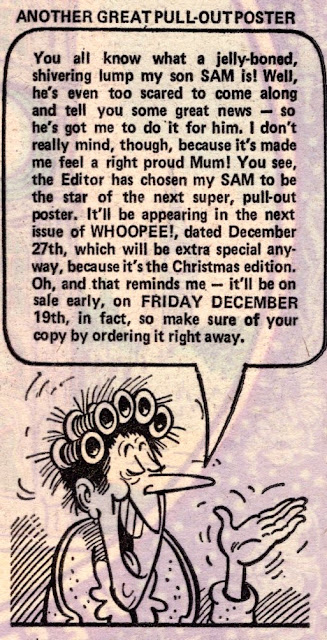 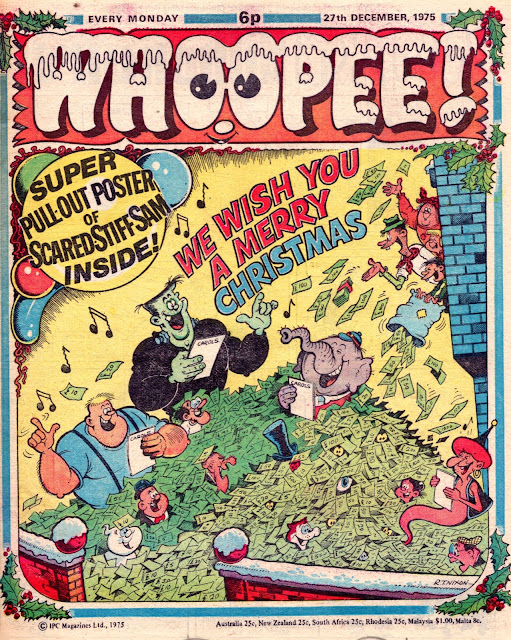 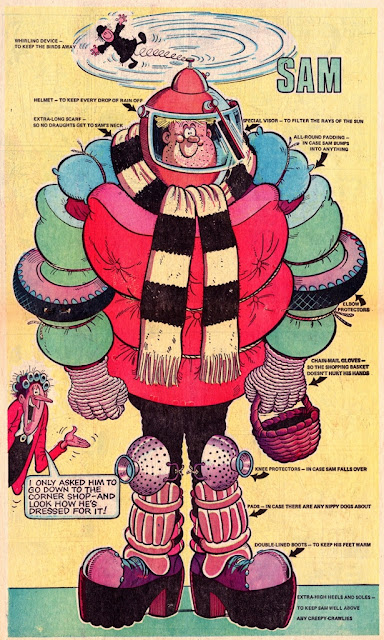 P.S. By coincidence, Peter Hansen recently posted a picture of the surviving original artwork for the Xmas cover on Facebook. It is interesting to note that the balloon highlighting Sam’s poster in the printed version was originally the frame for the second part of the name of the comic. I believe the dark circle is from the glue applied to attach the new caption, which later came off and exposed Robert Nixon’s original lettering. This suggests it was drawn before the Editor decided to drop ‘AND SHIVER & SHAKE’ from the title. 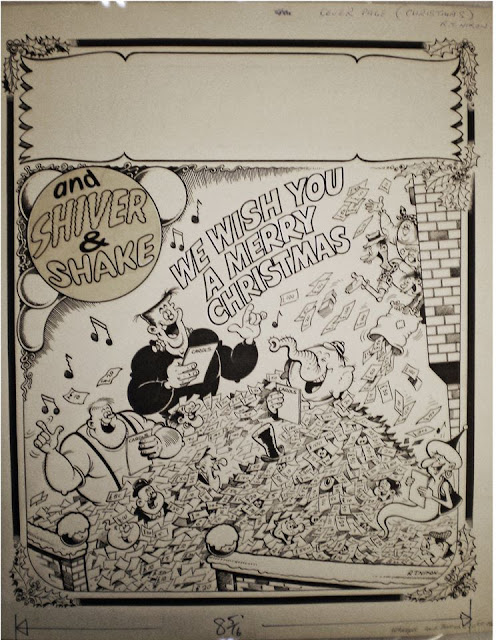 And while you’re here, I would like to remind you that although 2019 is over, my promotion for the POWER PACK OF KEN REID is not. Get your copies of the books and BONUS FREE PRINTS on eBay or from my online shop HERE! 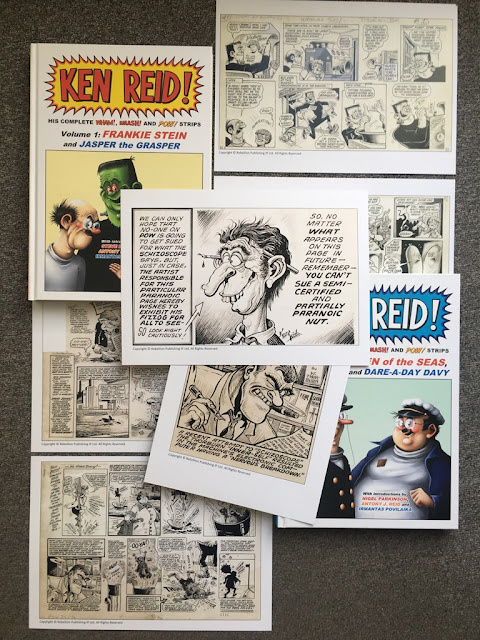