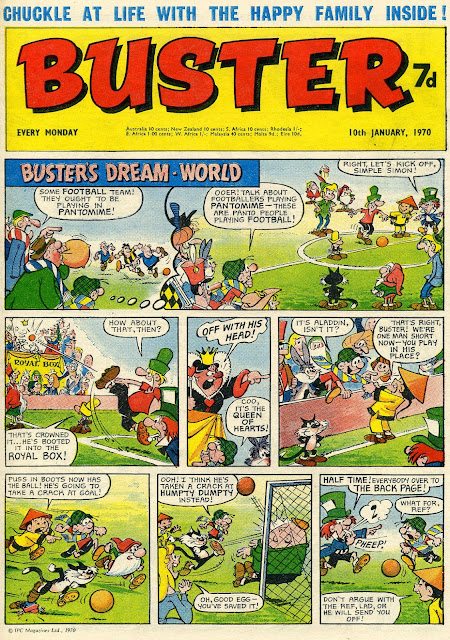 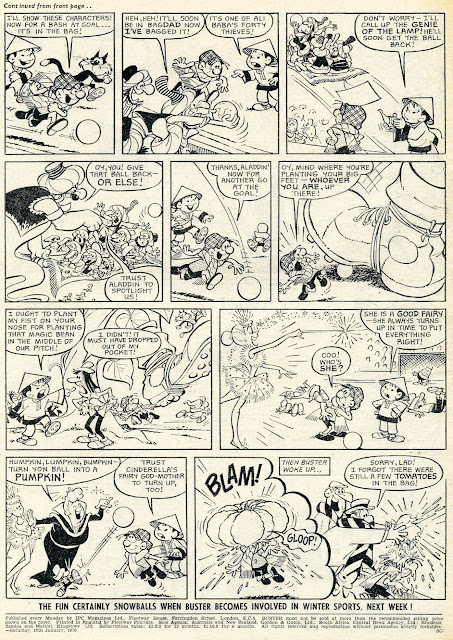 Sub was one of the eight humour series in SCORCHER by Ken Reid from 1970 until 1974. The sample below is from the period when his Odhams career had ended and his work for IPC Magazines was limited to football strips in SCORCHER, until he started drawing Faceache in JET in the spring of 1971.

I managed to find very few issues of The BEANO with football-themed covers, here is one by Dudley Watkins: 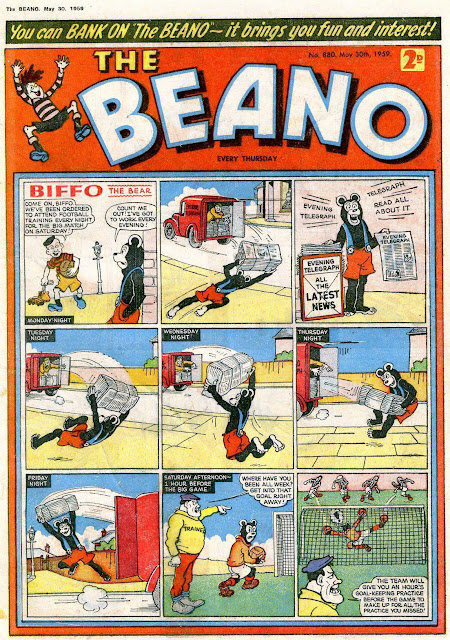