FACEACHE was Ken Reid’s longest-running creation that premiered in the first issue of JET in 1971 and found itself in BUSTER after the titles merged later that year. Since then it appeared regularly (more or less) in BUSTER until Mr. Reid’s death in the beginning of 1987.

In the first episode Faceache was introduced as Ricky Rubberneck ­– ‘lad born with a bendable bonce’. Later his real name was forgotten and he became known as Faceache - ‘the boy with a thousand faces’. Ken Reid took it easy at first and Faceache’s talent was limited to pulling scary faces, but quite soon the character developed the ability to change his whole body into any form and size. This was called ‘scrunging’ – the term was first used more than a year after Faceache started.

Let’s take a look at Faceache Christmases and see how the character developed over the 17 years of its run.

JET comic didn’t last until Christmas of 1971 so the first Faceache Christmas episode was in the pages of BUSTER. One might get an impression that Faceache’s Dad was the second main character of the strip in the early years but in fact he was not. He first appeared almost three months after strip was launched and showed up from time to time during 1971, 1972 and most of 1973 before becoming a regular. We don’t meet him in this first Christmas episode: 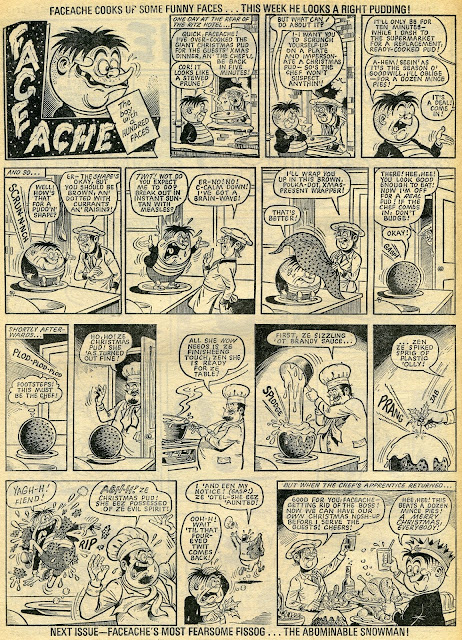 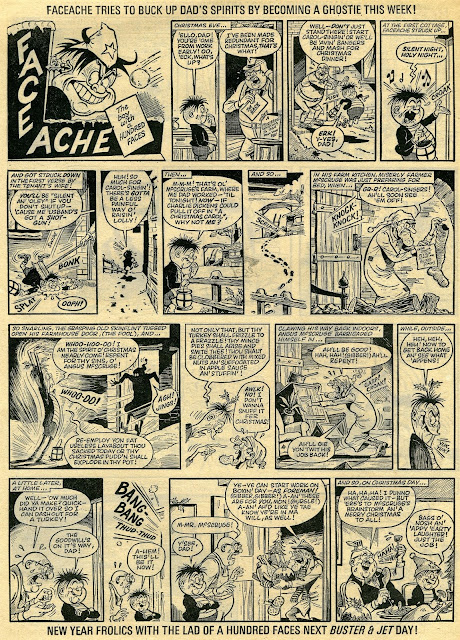 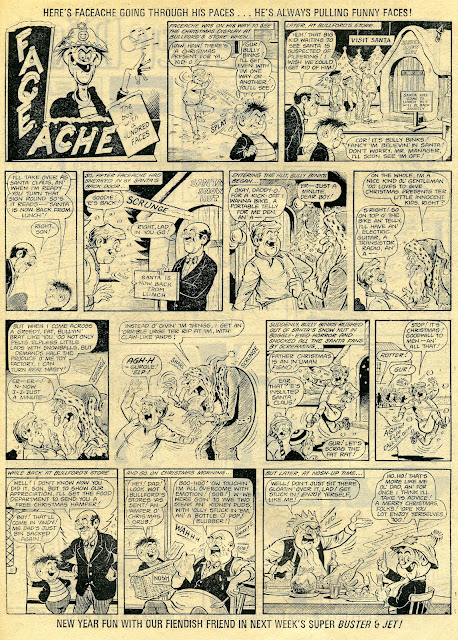 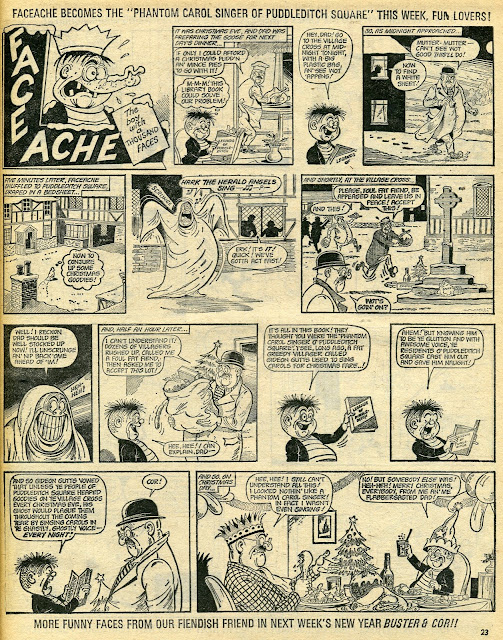 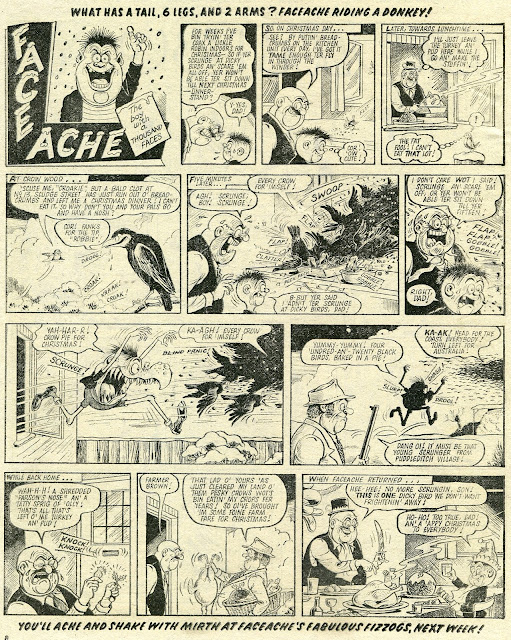 An unthinkable development took place in 1976: when Monster Fun was merged into Buster, Faceache was dropped and replaced by Ken Reid’s Martha’s Monster Make-Up. The strip was similar to Faceache but had a girl as the main character. Faceache didn’t appear for nearly 4 months but returned in February 1977 by popular demand. This explains why there is no Christmas episode in 1976.

Let's see Martha celebrate her 1976 Christmas. Theres is something wrong with Ken Reid's artwork in this one: 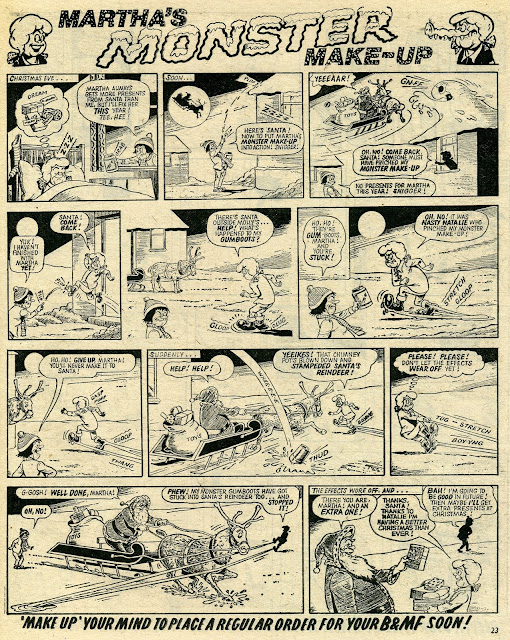 The Christmas of 1977 was the last that Faceache spent at home in the company of his bad-tempered Dad (who sometimes looked a bit more cheery and emotional in those Christmas episodes): 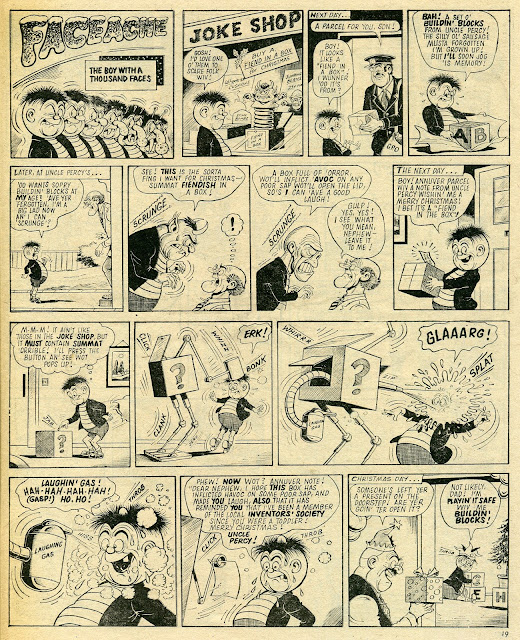