Having witnessed the success of COR-medy Choice feature in 1973, the Editor made good on his promises and offered the readers another opportunity to choose new strips. COR-medy Choice, second series, started in the first issue of 1974 dated 5th January (No. 188) and continued for 6 weeks. This time a choice of only six new comedy ideas was offered. Here are brief synopses and the opening panels of all six entries: 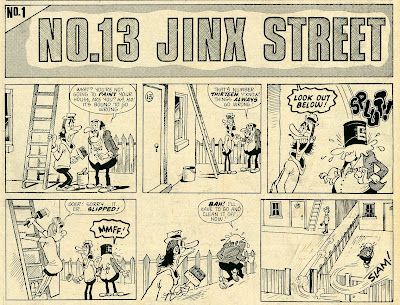 Hickory Dickory Doc., 2 pages. 12th January, 1974 (No. 189): A tale about a doctor who travels the Wild West in his horse-drawn wagon, gets attacked by Indians and robbers and defends himself with the help of his pills and bandages. 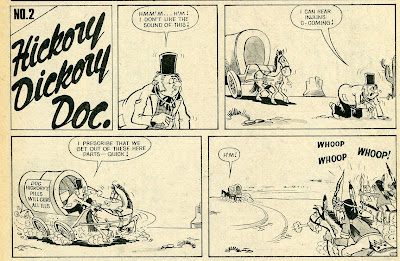 Willy - the World's Worst Werewolf, 2 pages, 19th January, 1974 (No. 190): The title says it all really: the tale is about a sorry kid werewolf who tries to scare poor living mortals out of their living daylights. The story is presented in the form of the werewolf’s letter to his uncle Dracula worded carefully to spruce up the truth and make a good impression on the mighty relative. The strip was reprinted in full colour in 1980 KRAZY annual. 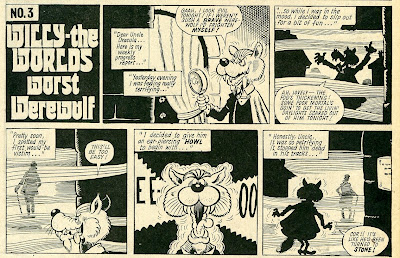 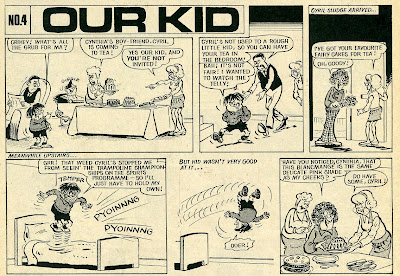 Wally's Weirdies, 2 pages, 2nd February, 1974 (No. 192): A tiny alien spaceship full of creatures (that look like pets of the Really-Ghastlies) lands in the garden of Wally’s violent fat neighbour who takes them for garden pests. Wally makes friends with the creatures. He finds out they can speak human language and one of them can turn himself into anything. Illustrated by Stan McMurtry. 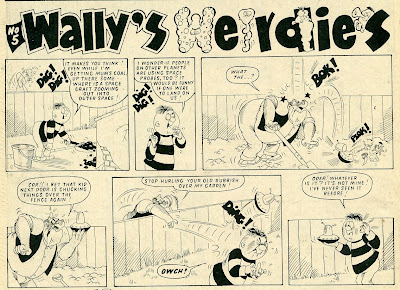 The Spectre Inspector, 2 pages, 9th February, 1974 (No. 193): Chief inspector of the Ghouls Guild visits a Creepy Castle to check their haunting arrangements; threatening to have the lazy ghouls thrown out of the Ghouls Guild, he makes them do their ghosting job properly and the Creepy Castle is back in business big time. Illustrated by Jim Watson. 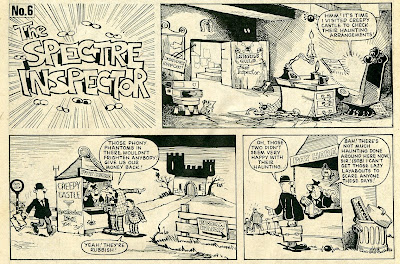 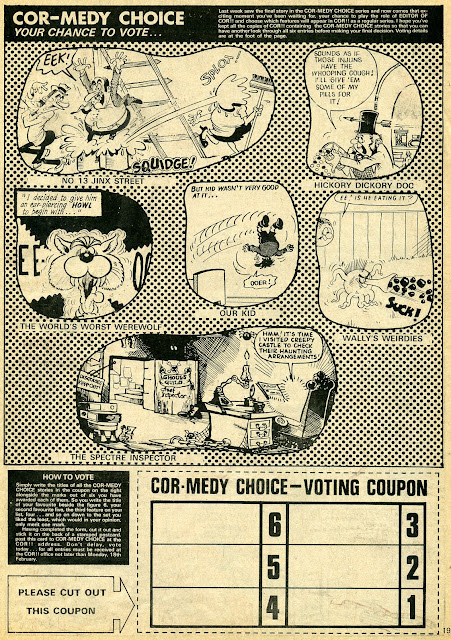 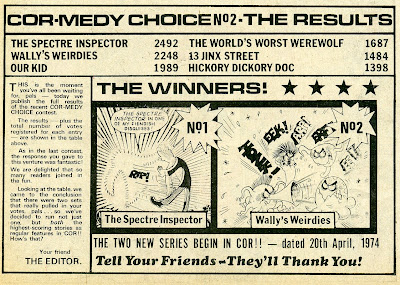 It is interesting to note that the overall number of votes was about half the number cast in the first series. Was it a sign of declining sales, or was it simply because readers found the competition entries less exciting? Probably a combination of both.

The concept of allowing readers to choose strips for their comic was also used in other IPC companion comics: in the end of 1974 WHOOPEE! ran a similar feature called Pick-A-Strip.
Posted by Irmantas at 7:33 AM